Amazon has reduced the prices of its cloud database and caching services, while increasing the range of rentable hardware that can be used with them. 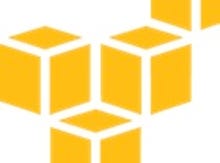 The company revealed the changes to its Relational Database Service (RDS) and ElasticCache in a blog post on Tuesday. Prices for RDS and ElastiCache have fallen by eight to 14 percent in Amazon Web Services's US East (Northern Virginia) and US West (Oregon) datacentre hubs.

The RDS technology lets developers host MySQL, Microsoft SQL Server and Oracle databases in the AWS cloud. ElastiCache provides an Amazon-hosted in-memory cache that is compatible with the popular MemcacheD datastore, which can be handy for applications that need to be very responsive.

The price cuts step up the rivalry between Amazon and rival cloud providers, such as Microsoft via Windows Azure and Oracle via the Oracle Public Cloud.

At the same time, Amazon added to the range of rentable servers that customers can use to host its technologies: RDS can now be run from a middle-tier 'medium' instance with 3.75GB of RAM in all AWS regions across the world, giving developers an option that sits between the 'small' and 'large' instances.

There has also been a change at the high end: developers can now run Oracle Database or Microsoft SQL Server on 'extra large' instances with 15GB of RAM, which fits in between the existing 'large' and 'double extra large' database types.

Much of the continued popularity of Amazon's cloud is down to the company's ability to quickly bring out new hardware platforms for its technologies, while also cutting prices thanks to the economies of scale that come from being a large provider.

Tuesday’s price cuts for RDS and ElastiCache, and new instance types for RDS, follow a release at the start of November that saw the company slash fees for its mainstay EC2 cloud compute service.

In the past, Amazon's rivals have typically followed its lead and cut their own prices to better compete. At the time of writing neither Google nor Microsoft had announced similar price reductions for their own rentable cloud equipment.