If you thought there was anything left that Amazon couldn't sell, you're probably wrong. 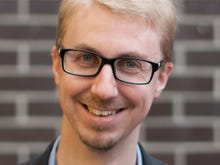 The Internet giant, which pitches everything from on-demand video to cloud storage to digital books (and then some), is now prepping a cloud-based email and calendar service aimed at corporate customers.

Such a platform also takes aim at Google Apps and Microsoft Office 365, among other enterprise software providers.

According to reports on Wednesday, Amazon WorkMail falls under the Amazon Web Services umbrella.

With that cloud and network foundation, Amazon appears to be taking more of a back-end approach. For example, Microsoft Outlook users will likely be able to keep using their current email apps while Amazon routes (and encrypts) emails through its pipelines.

ZDNet has reached out to Amazon for further details and will update upon comment.

The cloud email service is one of the first debuts from the Seattle-based corporation this year. Some of last year's hits and misses included the cloud-connected personal assistant Echo and the infamous Fire Phone flop.

The news comes on the eve of Amazon's fourth quarter earnings announcement. Given that it was the holiday quarter - traditionally Amazon's strongest - Wall Street has high expectations, looking for earnings of 17 cents per share on top of revenue of at least $29.68 billion.

The pressure is especially high given Amazon missed third quarter targets in October, delivering $20.58 billion in revenue versus the slightly higher forecast of $20.84 billion.

Amazon famously does not break out results for its business-focused products, such as Amazon Web Services, so it remains to be seen how much more will be divulged on this front.

UPDATE: Amazon published official word about WorkMail after the closing bell on Wednesday.

Essentially a managed cloud service with dashes of corporate security and BYOD tossed in, Amazon is promising employees can continue to use "the same email applications they use today" for managing email, contacts, calendars, and book resources.

Amazon WorkMail was designed with native support for Microsoft Outlook on both Windows and Mac OS X, and it's also ready for integration with existing corporate directories, such as Microsoft Active Directory.

Amazon touted customers only pay for the mailboxes they create, and that IT departments do not need to worry nor pay for any additional hardware, software, licenses, patches and upgrades.

IT also retains a good deal of control. Amazon WorkMail is integrated with the AWS Key Management Service, and all of the data is SSL-encrypted. IT admins can set up device encryption, locks, password requirements, and remotely wipe devices via the AWS Management Console.

In preview mode for the moment, WorkMail is available for free via a 30-day trial, covering up to 25 users.

Beyond the free trial, WorkMail rates start at $4 per user per month, which includes 50GB of storage per user.