Back in June of 2013, I wrote a piece titled "Apple's Game of Services: Winter is Coming".

In it, I compared the four major device/services companies to the regal houses in Game of Thrones, and how like their feudalistic fictional counterparts, each is uniquely carving out a niche or making relevant territorial land grabs in the Cloud.

While the piece was primarily focused on Apple's strategy in relation to the other players, I talked a little bit about what Amazon was doing at the time: 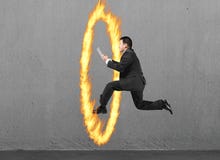 Can Amazon's $50 tablet burn the PC business and save the world?

Even as the the PC industry hits rock bottom, the digital divide deepens. But now there's hope for the connectively challenged from a very unlikely source.

Finally, there is the mysterious House Amazon. Its mobile device platform is the same as Google's, so in a sense, Amazon is one of the allied Houses of Google. But Amazon has its own Appstore for Android, and Google makes no money from Amazon's development of the Kindle Fire, not even in OS licensing, since it bases its products on a open-source implementation of Android and doesn't use any of Google's apps.

Amazon hasn't entered the smartphone arena (yet), sticking strictly to small tablets, and we don't know exactly how much money Amazon has made from device sales of Kindle Fires, or how many they have produced.

But as one learns in Game of Thrones, the complex plots and mechanisms that lie below the surface are far more revealing and much more interesting.

Amazon did eventually enter the smartphone market, and it failed miserably. Whether it tries again is something only Jeff Bezos himself knows.

Unlike Apple, Google and Microsoft, which have many similarities in terms of how they approach customers, Amazon is very different.

But unlike Apple and Microsoft, in which physical retail store presence is just one of the distribution methods for their products, Amazon's primary line of business is as an online volume retailer.

It sells goods from virtually everyone.

While Amazon maintains its own content distribution network for movies, television shows, ebooks and music, it sells products on its web site that can and do access competing services.

At least, it is supposed to. That's the nature of a free market economy and online retail, to sell customers what they want to buy.

But Amazon has now drawn a line in the sand -- it will no longer sell Apple or Google's content streaming devices, the Apple TV and the Chromecast. Why? Because neither of these products support playback of Amazon Video.

Don't get me wrong, I like and use Amazon's Video service, as part of the mix of streaming content providers that I use, which includes Netflix, Hulu, HBO, Apple and XBOX.

While there is considerable content overlap between Netflix and Amazon, I do like the fact that I can forgo faster shipping on my orders with Prime and receive credit towards movie rentals on Amazon Video.

But I would like to have the freedom of being able to watch whatever content I want on whichever devices I want to use. And if Amazon's loyal customers want to buy those devices from them, they should carry them.

The Apple TV and the Chromecast compete directly with Amazon's Fire TV media players, so naturally these are thorns in Amazon's side.

To watch movies and TV on Amazon, I use an XBOX One, or I use the apps on my iOS devices. Apple TV currently does not have the capability to do this. Neither apparently does Chromecast.

The Apple TV and the Chromecast compete directly with Amazon's Fire TV media players, so naturally these are thorns in Amazon's side.

Traditionally, Amazon has refused to share in-app purchase transactions with Apple and Google on iOS and Android, so the relationship has always been contentious with the Amazon Video and Amazon Music apps on those platforms.

On Apple's iOS you need to use another platform, such as a web browser or an Amazon device to buy that content in the first place.

Android is somewhat more liberal in that it supports sideloading of apps that have their own store infrastructure, whereas iOS does not. The Kindle app on Android is capable of making purchases, but on iOS, it isn't.

The Amazon Video app on Android is sideloaded using the Amazon Appstore for Android, so it side-steps the Google Play store entirely and thus can make purchases directly.

In its own defense, Amazon has stated that XBOX, PlayStation, Roku and its own Fire TV are superior platforms for viewing their own content.

But how long will it be before Amazon bans XBOX and PlayStation sales? Or Rokus? Or for that matter, SONOS or any number of streaming audio devices in favor of its own Echo?

[Editor's Note: SONOS recently introduced a public Amazon Prime Music channel beta almost a year and a half after the launch of the service on October 20th, but requires special sign-up.]

iOS and Android can do it, but in this case, Amazon controls the app in question, and Prime exists outside of both Apple and Google's in-app purchasing rules, as it is a yearly subscription purchased directly from Amazon.

What we're seeing here is the beginnings of an Internet of Things Evil Empire. An empire that wants to control not just the content you consume, and what cloud infrastructure you use, but also the devices you are allowed to buy that consume that content and use that infrastructure.

One could make the argument that Apple with iOS does the exact same thing. But at its core, Apple is a devices company that has a brick and mortar retail presence, that just so happens to have a content cloud. It also for the most part doesn't restrict whose external content clouds you can access, as long as you play by their in-app purchases rules and give them a cut of each transaction.

This is why the Kindle and Amazon Video apps on iOS do not have the ability to buy anything.

And the other two large technology companies?

Microsoft is an enterprise, consumer and cloud company which produces software and services that is is not exclusive to its own devices.

Similarly, Google is at its core a search and advertising company that uses their own devices as well as those produced by Android OEMs as a means of monetization for their cloud services. Like Microsoft, it has its own devices, but its cloud isn't exclusive to them either.

The important difference is that Amazon at its core is a retail company, with aspirations of being an all-encompassing cloud and devices giant, which seems to want to dictate about who can play on their content cloud, and increasingly it looks like only their own devices have first nation status.

It's nutty to the extreme, and we're not quite there yet, but that's what a potential future for Amazon is increasingly looking like.

To me, this seems not only counter-capitalistic in nature but also anti-competitive. It does their customers which shop with them almost exclusively no favors whatsoever, and ultimately that is going to hurt their bottom line.

Amazon doesn't seem to have come to the realization that the IoT industry players need to cooperate more and more, even as they launch competing services. Nobody really wants to be locked into anything or a single-vendor solution, particularly the consumer.

Is Amazon truly aspiring to be the Internet of Things Evil Empire? Talk Back and Let Me Know.

Join Discussion for: Amazon: An Evil Empire dawns on the Internet...