Full Bio
Posted in Between the Lines on June 16, 2017 | Topic: Digital Transformation 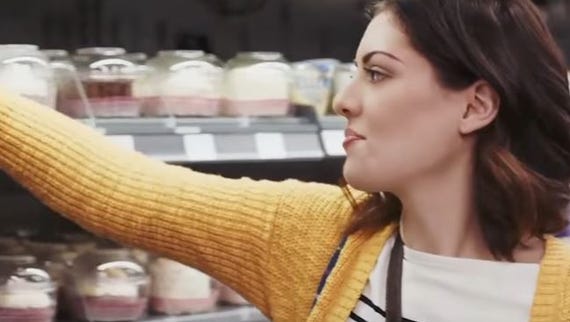 Amazon is doing brick-and-mortar as well as groceries in a big way with a $13.7 billion acquisition of Whole Foods Market.

The transaction, announced Friday, transforms Amazon in many ways and gives Whole Foods, which has struggled in recent years due to price competition, more scale to compete.

Amazon will pay $42-a-share cash for Whole Foods in its largest acquisition to date.

Amazon CEO Jeff Bezos said Whole Foods will continue to operate stores under its brand. John Mackey will also remain CEO of Whole Foods. With the deal, Amazon will also get access to a lot of retail know-how. Whole Foods recently added a bevy of retail veterans to its board and management team. For instance, Whole Foods has Ken Hicks, former CEO of Foot Locker, Ron Shaich, CEO of Panera, and Sharon McCollam, former CFO of Best Buy, on its board.

The deal is expected to close in the second half.

While on the surface Amazon and Whole Foods sounds like a quirky merger, the combination satisfies a few mutual needs. Consider:

Whole Foods has been a work in progress on the tech front, but it has accomplished a few key goals amid executive turnover and new additions to the board of directors.

Notably, Whole Foods has refined its marketing plan, installed a unified point-of-sale system, and has an digital sales run rate of about $400 million. Here are some slides from Whole Foods most recent quarter, which highlight the grocer's brand and tech plans:

For 2020, Whole Foods was targeting more than $18 billion in revenue.

The Amazon deal will be notable in the digital transformation chronicles. Retail has been trying to compete with Amazon without much luck. Now that Amazon has become a physical retail player, the game will become more interesting.

Join Discussion for: Amazon to buy Whole Foods for $13.7 billion,...