Amazon Web Services said it met the Department of Defense's security requirements in all regions in the U.S. 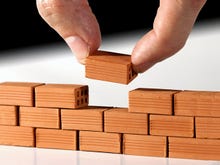 Specifically, AWS regions such as its AWS GovCloud received a Department of Defense authorization for its cloud security level 1-2.

Simply put, AWS has shown that it can meet the DoD's security and compliance requirements and that means more agencies can become customers. The DoD's security authorization means it will be easier to move workloads to AWS.

For AWS, the move means it can land more government accounts, which can be lucrative for technology vendors. AWS has more then 600 government agencies in the fold, but can expand its wallet share.

With the DoD security and compliance blessing, AWS is now listed in the department's cloud service broker catalog and submit compliance support requests.