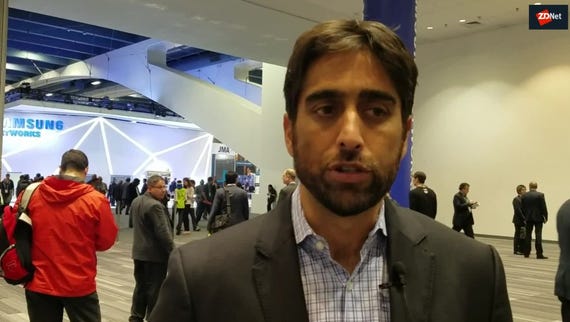 Video: Why Siri and Alexa won't be the only 'voices' we hear on our devices

Alexa users can train Amazon's voice assistant to learn how to recognize different voices and personalize its services for multiple users.

Amazon's Alexa has evened up the score with Google Home and can now be used to set up multiple user accounts. Amazon's Alexa "voice profiles" allows the Echo, Echo Dot, and Echo Show to deliver personalized responses to everyone in your family or share house.

​Watch out Windows, Android, and iOS: Amazon's Alexa is turning into the next big operating system Amazon is spreading the reach of Alexa further and faster than its rivals, which is going to have big implications.

Amazon Echo and other Alexa devices previously supported multiple accounts, but required users to say "Alexa, switch accounts" to move between them.

Now, for users on a Music Unlimited Family Plan, each person with a voice profile can just say "play music" and Alexa will select songs based on the speaker's preferences. It will also personalize results for the command "play a station".

When shopping, users who've set up a voice confirmation code will no longer to say the code during the purchase, as Alexa has already recognized the user's voice and linked it to their account.

As CNET notes, Alexa will only ask for the code if it's sure it isn't you in order to prevent kids from going on a buying spree.

Voice profiles should also work with third-party Alexa-powered devices, but not the Amazon Tap.

According to Amazon's setup instruction video, training the assistant to recognize a user's voice requires they repeat 10 given phrases. The training data is is stored in the cloud so that Alexa devices purchased in the future can also recognize users.

Amazon and Google are building out their range of voice assistant powered smart speakers, as Apple readies to launch its $350 HomePod and Microsoft preps its $200 Cortana and Skype equipped Harmon Kardan speaker due out on October 22. Google last week launched the $50 Home Mini to answer Amazon's $50 Echo Dot, as well as the higher end $399 Home Max. Even smart speaker pioneer Sonos is getting in on the voice act with its new Alexa-powered Sonos One.

Starting today, Alexa users can train the voice assistant to distinguish between different voices and offer each user personalized results.

CIOs and CEOs who are developing IoT strategies will function best in an innovative environment that accommodates failed projects in the pursuit of solid initiatives that return value to the business.

Up to six people can access their accounts on the smart speaker, simply by speaking to it.