Amazon said it will offer exclusive discounts -- up to 50 percent off -- for unlocked Android phones that will carry personalized offers and ads on the phone lock screen.

The company's Fire phone never played out, but Amazon's move on pricing is an interesting effort to play in the smartphone space. By adding offers in exchange for discounts on pricing -- similar to what it does with the Kindle -- Amazon is respinning its smartphone strategy. 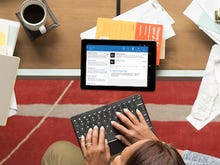 In the big picture, it's clear that various players beyond carriers are getting into the device game. Apple has a lease/subscription approach to its devices to get closer to the customer. Amazon is using Prime as a way to play in devices too.