Full Bio
Posted in Between the Lines on September 21, 2020 | Topic: Internet of Things

Amazon on Monday announced new details around Sidewalk, its low bandwidth "neighborhood" network that uses Bluetooth Low Energy (BLE) and the free 900 MHz spectrum to control connected devices beyond the perimeter of the home. 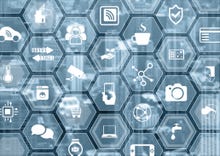 Introduced last year as an early concept, the Sidewalk protocol is part of Amazon's effort to spur the development of low-cost IoT devices that don't rely on a cellular connection. The aim with Sidewalk is to extend the working range of low-bandwidth devices, enabling limited offline connectivity for uses such as motion alerts from security cameras.

Amazon is now announcing that Sidewalk will launch later this year with new devices, support from IoT chipset manufacturers, and privacy and security protections for customers.

On the device side, Tile is set to become the first third-party Sidewalk-enabled device when it launches its latest tracking device later this year. A Sidewalk-enabled Tile is being pitched as a way to locate pets or valuables in a community or neighborhood. Amazon is also partnering with IoT silicon companies including Nordic, Semtech, Texas Instruments and Silicon Labs on the development of compatible chipsets that will power Sidewalk devices and experiences.

Meantime, Amazon said that certain Echo devices and select Ring Floodlight and Spotlight Cams will have the ability to operate as so-called Bridges for Sidewalk-enabled devices. According to Amazon, Sidewalk Bridges allow customers to "contribute a small portion of their internet bandwidth, which is pooled together to create a shared network that benefits all Sidewalk-enabled devices in a community."

For customers who choose to participate in the neighborhood network, Amazon said it will cap the amount of bandwidth shared to reduce the chances of any degradation in home network performance. In terms of user privacy, Amazon said the Sidewalk security model "is designed to authenticate the identity of all network participants, and to provide authenticity and confidentiality for all packets traversing the network."

To test Sidewalk, Amazon said it will begin a new proof of concept with the American Red Cross, exploring whether the network can help track blood supplies and add new efficiencies within the blood donation supply chain. The trial is scheduled to begin later in 2020.

Join Discussion for: Amazon's Sidewalk network to launch this...