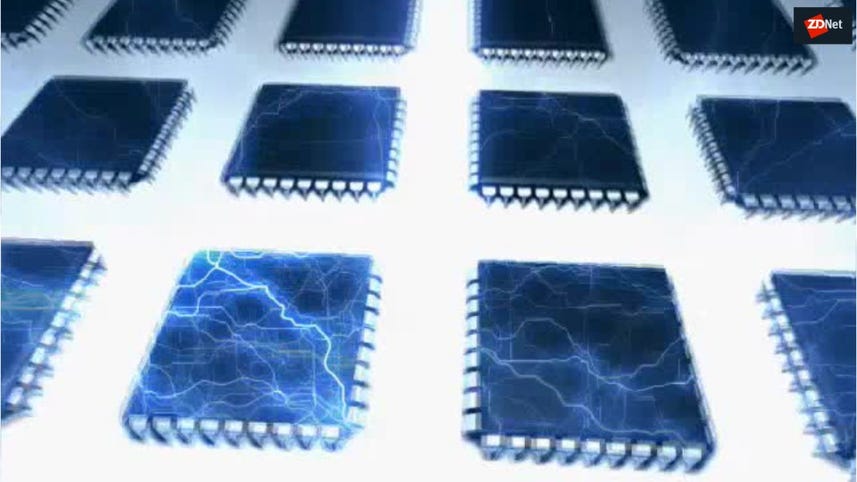 AMD reported a strong first quarter and raised its outlook amid strong sales of its Radeon and Ryzen chips.

Wall Street was expecting AMD to report first quarter earnings of 9 cents a share on revenue of $1.56 billion.

CEO Dr. Lisa Su said the company saw strong gains in its PC, gaming and data center markets. Indeed, gross margins for the first quarter were 36 percent, up from 32 percent a year ago. AMD is also being helped by the cryptocurrency mining boom, which inflates demand for graphics processors.

She added that Ryzen Pro commercial notebooks will land in the second quarter from Dell, HP and Lenovo. AMD will have 60 Ryzen-based systems on the market by the end of 2018.

To date, there are more than 40 EPYC-based platforms in market, and we are actively working with OEMs, system integrators, and channel partners to increase deployment to end customers. We remain focused on achieving mid-single digit server unit share by the end of 2018.

AMD had a blowout revenue quarter, beating guidance and growing 40% year on year which would make it the third straight quarter of double digit YoY revenue growth. The growth was led by sales of AMD's Ryzen client CPU and APU product line in desktops and notebooks. I expect AMD to show even more gains next quarter based on channel fill of second generation Ryzen desktop CPU, increased distribution of Ryzen mobile notebooks and the continued ramp of EPYC server deployments.

As for the outlook, AMD said it expects second quarter revenue of $1.725 billion, up 50 percent from a year ago. Wall Street was looking for second quarter sales of $1.57 billion.

AMD had a big quarter rolling out its Ryzen desktop processors, landing server partnerships for EPYC with Dell EMC as well as Cray and updating its Radeon gaming efforts.

Laptops
Buying a computer for your kid? Here's our best advice