Ending months of uncertainty , América Móvil is finally stepping up its involvement with Austria Telekom.

América Móvil reached an agreement this week with ÖIAG, Austria's state-owned investment arm, to pool their respective stakes in Telekom Austria in a move that will allow the Mexican giant to increase its control over the Austrian incumbent and finally make some headway in Europe.

As things stand, ÖIAG owns 28.42 per cent of Telekom Austria and América Móvil owns 26.84 per cent, giving the two groups a majority stake in the company once their stakes are pooled.

The Carlo Slim-owned group has already said it plans to make an offer of €7.15 per share for all outstanding Telekom Austria shares not currently held by América Móvil, its subsidiary Carso Telecom, ÖIAG, or Telekom Austria itself.

The offer will launch in the next few weeks, although América Móvil has not set a target for the size of the stake it hopes to gain as a result. América Móvil and ÖIAG then plan to vote in favour of and support a €1bn capital increase for Telekom Austria.

For Slim, the agreement with ÖIAG marks a successful end to what América Móvil CEO Daniel Hajj described as a period of "intense" negotiations between the two shareholders. Following Slim's previous failure to gain an entry into Europe via KPN in the Netherlands , this success will no doubt smell particularly sweet. Importantly, it represents a way for the billionaire to diversify his business in the face of increasing pressures in Latin America.

What will come next for Telekom Austria is far from clear, however. 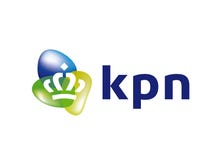 The two telcos have agreed an interconnection deal as the KPN Foundation demands answers from América Móvil on its proposed takeover of KPN.

In its statement on the shareholders' agreement and public offer for Telekom Austria shares, América Móvil gave little away other than to confirm that it would support the capital-raising exercise and use the funds to strengthen Telekom Austria’s current and future positions. Mention was also made of allowing Telekom Austria "to benefit from investment opportunities arising in the countries in which it currently operates and in emerging markets in Central and Eastern Europe" (CEE), indicating that further M&A is on the agenda.

Outside of Austria, Telekom Austria already owns various fixed and mobile assets in CEE countries including Belarus, Bulgaria, Croatia, Serbia, Macedonia, Liechtenstein, and Slovenia. As of the end of last year, the Telekom Austria group had about 2.6 million fixed-line subscribers, 20.1 million wireless subscribers, and revenues of €4.2bn.

These assets were certainly part of the attraction for América Móvil, which has its sights set on building a strong base in Eastern Europe.

Where América Móvil might look to invest next, however, is not clear, and there are concerns that there is a lack of clarity about how the funds would be used.

"Proceeds could be used to fund a mix of deleveraging, domestic fibre, and CEE acquisitions. Depending on the mix and the targets, this could increase or diminish the value of the company," wrote JP Morgan analyst Hannes Wittig, Reuters reported.

The move by América Móvil has certainly not been popular with unions in Austria; the head of Vienna's Chamber of Labour Werner Muhm has been a particularly vocal opponent, for example.

It's a fair assumption that CFO Hans Tschuden has also had some doubts: earlier this month he agreed to leave the company at the end of May, ahead of schedule.