In this CIO Vision Series interview, American Red Cross CIO Steve Cooper talks about lessons learnt from Hurricane Katrina and why creating an identity management system has become one of his biggest challenges.
Written by Dan Farber, Inactive on Sept. 28, 2006 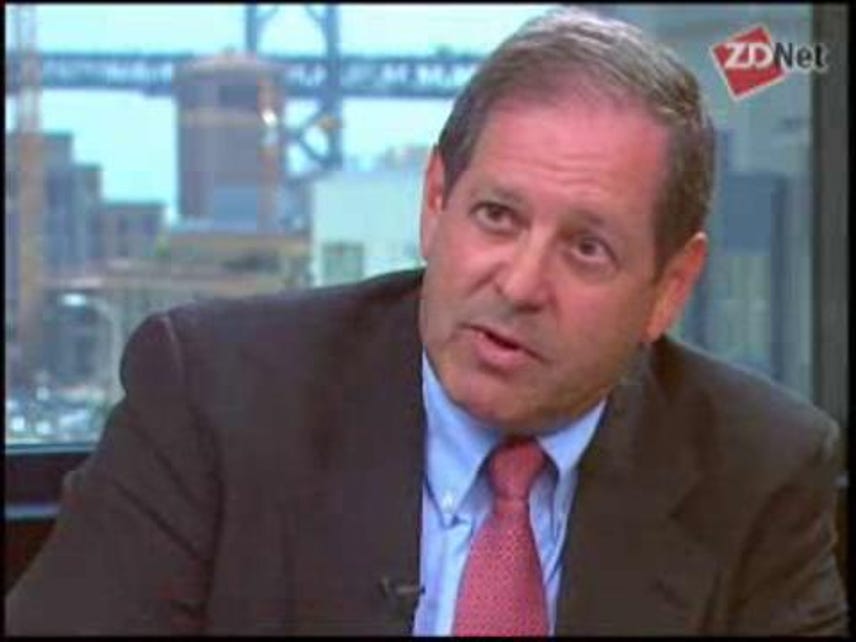 In this CIO Vision Series interview, American Red Cross CIO Steve Cooper talks about lessons learnt from Hurricane Katrina and why creating an identity management system has become one of his biggest challenges.

Q: You've been at Corning Inc, you were in the Department of Homeland Security as a CIO. Now since May of 2005 you've been the CIO of Red Cross. How do you define innovation, especially given the different experiences that you've had?
Cooper: First of all, I think that regarding innovation, I've adjusted my thinking a little bit. I used to think that innovation represented brand new ideas that nobody had thought up before. Now I realise that innovation can take additional forms. It can simply be the application or reuse of other people's ideas in an environment where that idea has not been introduced before.

Let me give you an example: in the American Red Cross as we began to tackle Katrina, we realised, literally in about the first 72 hours, that while we knew what we had to do, we didn't have the resources, or necessarily the toolsets from a technology standpoint to do what we had to do. We didn't have the ability to communicate and collaborate both on behalf of our staff and volunteers going in to assist people, and in terms of the people coming in. So what did we do? We reached out to the private sector. And we invited, about 20-odd companies to come to Washington, DC, to sit down with us to figure out how we address providing disaster services in the context we were seeing unfold in Katrina.

In your experience, especially now at the Red Cross, what do you see as the areas where you need the most work in terms of where you want to innovate?
Cooper: What I found particularly in the IT organisation in the American Red Cross is that sometimes we hide behind technology as opposed to process and people. What I mean by that is we have a way of delivering services through the use of existing technology. And because of a lot of different cultural factors, we don't do process engineering very well, which I argue is absolutely part of innovation. The fact is that we've behaved as kind of in a silo in IT -- we don't know our colleagues in other parts of the business. As a result, we've tended to be a little bit resistant to changing the way we do things, even when there might be technologies that could be brought to bear that are faster, better and cheaper.

So, you're a relatively large company/NGO, and I think what you've probably found in your experience is that for large companies, innovating across a company or to create a culture of innovation is really difficult.

Cooper: I do. I believe that it is tougher. The larger an organisation gets, the tougher it gets to work through the bureaucracy. Clearly that was the case, at least in my opinion, in the Department of Homeland Security and somewhat in the federal government at large. Not that there aren't pockets of creativity and innovation in the federal government.

But how do you reach them?
Cooper: I don't know! The tough part of this is that you've got to build on centres of excellence. How I believe you can create and influence a culture of innovation and, quite frankly, a culture of risk taking -- appropriate risk taking -- is to leverage a level of what we've labelled a -centre of excellence." So you take people who are bright, talented, not afraid to fail, not afraid to take risks, who can think out of the box, so to speak, and you give them really difficult problems. You give that to a couple centres of excellence (and the centres of excellence, by the way, might be uniform skill sets). For example; it might be a telecommunications/network group of individuals armed with that kind of background.

Now, for many companies, the area of innovation says -well that's part of R&D" and we have an R&D budget of X or Y. Is it the same for the Red Cross?
Cooper: No. We have no R&D budget. In fact, out of a restructuring that we're literally just rolling out now, I am really just trying to get a handle on how this place works. How does it operate? We have no research and development budget in information technology or for technology per se. Instead we've created a group of six people -- an innovation centre.

Is that all those people do, is focus on innovation?
Cooper: Here's what those people do: they are not focused on pie in the sky over-the-horizon technology. They work directly with our client account managers, the customer-facing folks that work directly with business units. They're part of the IT organisation but they're business people. They're requirements analysis people. They figure out what the business objectives are. They then sit down with the innovation centre staff and they say -Hey look, I need to figure out a way to ..."

I'll give you a real example: we need to tackle identity management in the American Red Cross. How do you know when 200,000 volunteers show up? How do you know whether all of them are people we, honestly, want to put in a shelter? We have to screen, I hate to say this, for criminal offenses, for sex offenders, that type of thing. So we've got to have rapid background checks on people. We've got to give that individual some kind of ID card so that they can have access to various Red Cross service centres, shelters.... The innovation centre is tasked with -don't go out and find bleeding edge technology. Go find state of the market technology that can be applied right now to solve the business challenges of our various components."

Do you have any recommendations, from your experience, on innovating within a larger infrastructure?
Cooper: First of all, I do believe that the best path for success in large organisations is to think global or think big but start small. The first recommendation is to use a small pilot so you can then assess -does it work"? Does it deliver the expected value, business value outcomes? If it does, scale it up from there. Either phase it in geographically, or phase it in by business units. That's recommendation number one.

Recommendation number two: communicate, communicate, communicate. Talk to everybody in your organisation because you never know where the good idea will come from. It doesn't come just from IT folks. And even if we're looking at technology solutions, we actually had some business people who were involved in our disaster response in Katrina out in the field who came up with good ideas that are now leads for tackling, for example, identity management, or collaboration, or hastily formed networks. Those are the two. I'm sure there are others but those are the two that we're trying to act upon.