Amid panic buying and toilet roll brawls, Rock The Lock Down reveals we’re not all terrible human beings

A viral, remote music event this weekend highlights how technology can help keep us connected during the coronavirus outbreak.
Written by Charlie Osborne, Contributor on March 21, 2020 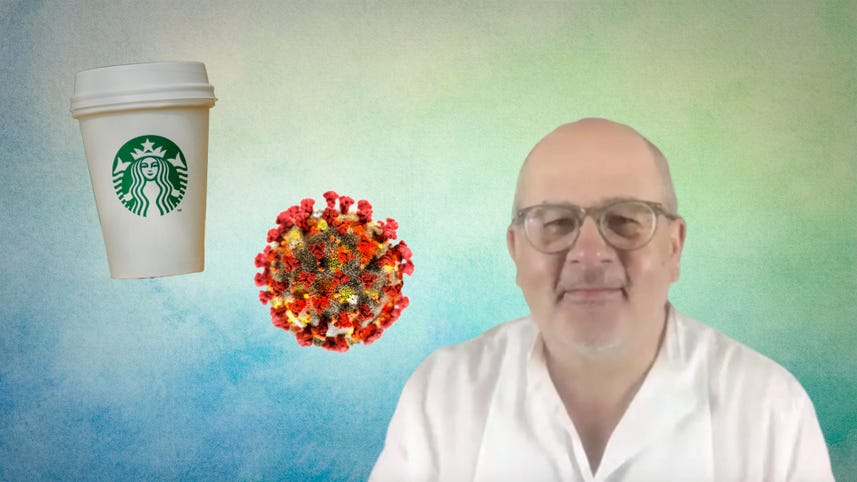 A woman belts out traditional Irish ballads from her living room in the Costa Del Sol, dedicated to a St. Patricks' Day that fell short. A couple grinned into a camera and sang old-school rock tunes in what appeared to be a hastily-tidied lounge in England.

In Spain, a singer leaned his guitar case against a bed, squeezing in between home furniture to roar 70s numbers, while a country performer provided line dancing favorites, feet tapping and a cowboy hat in tow.

Two men, suited-and-booted, contributed with swing; an Amy Winehouse impersonator and Jersey Boys tribute act appeared, another singer focused on the blues, while a variety of upbeat tunes were sung throughout.

Over the first day, the performers were talented. There was a great atmosphere. The audience, numbering in the thousands, participated gleefully. It seemed like a typical variety concert with one difference -- Rock The Lock Down is a remote event launched in response to coronavirus lockdowns and organized in a matter of days.

Rock The Lock Down started at 3pm on Saturday 21st March. The brainchild of Ollie Hughes and Lucy Pardoe, the online music event became an alternative to the many concerts and festivals which have now been canceled due to COVID-19.

On 17 March, the pair said the free event -- donations are not a factor -- would start with Rock of Ages Spain, and before long, other musicians and performers, in their droves, were eager to join in.

The event went viral. A few hundred members moved into the hundreds of thousands within days, and before long, people were introducing each other -- from nurses and paramedics, exhausted and in uniform -- to families stuck inside in locations spanning across the UK to Australia and Nova Scotia.

Images were shared of watchers in their pajamas, cuddling their cats and kids, and others sipped glasses of champagne. Stories have been swapped over previous gigs and festivals over the past week, group members are actively discussing the COVID-19 situation in their various countries, and as in many groups at the moment, memes are being posted in abundance.

Broadcasting a concert with both musicians and the audience in different locations across the globe is no easy task. Each performer was given a time slot and opened up live streams across Facebook in turn. Over 400 musical acts wanted to participate, which eventually had to be cut down to 60 acts over two days, with a 15-minute slot each.

The streaming on the first day was never likely to be perfect.

There were nerves. Performers relying on mobile device music streaming sometimes were interrupted by notification alerts, broadcast at the same time to the world. A two-year-old child burbled happily into the camera and was whisked off by a laughing mom before the beginning of a husband and wife dual performance.

Some connections lagged and watchers needed to close each stream and refresh the page until the next performer appeared. Music quality bounced and some streams temporarily crashed.

None of that mattered.

Comments flooded in, thanking the performers for "making the lockdown so much more bearable," "brightening up our day," and participants have been sending each other supportive messages.

In a time when we are locked down and asked to stay home and do something wholly unnatural for many of us as social animals -- to simply stay away from society and become isolated hermits for the good of all -- Rock The Lock Down is serving as a conduit to connect people who are likely feeling loneliness and stress caused by social isolation.

Lucy Pardoe told us that the response has been "amazing" so far, adding that while it is a "very very small team" running the show, they would love to keep it going during the coronavirus lockdown period if they can.

The event is ongoing and continues tomorrow, serving as a reminder that we are resilient creatures. Hopefully, as the lockdowns continue, we will see more innovative ways like this to stay entertained and connected without putting ourselves or others at risk.