Fresh off of its induction into the unicorn club, the cloud videoconferencing service Zoom has more evidence to suggest its business is taking off.

Okta, the identity and device management provider, released a report January 19 outlining how its millions of users at thousands of companies use enterprise apps. The "Businesses @ Work" report shows that Okta users are adopting Zoom at a rapid clip. Over the past six months, usage of Zoom among Okta users grew 67 percent. It was followed by Cisco Umbrella, which grew 47 percent, while Slack came in third with 44 percent growth. Zoom, which was founded in 2011, wasn't even among the top 25 fastest-growing apps when Okta released its 2015 report.

The Okta report isn't representative of greater market trends -- it simply offers a snapshot of trends within the businesses that use Okta.

Still, given that Okta enables its customers to easily manage identities and security across more than 5,000 applications, it offers some interesting insight into what's popular among cloud-friendly companies.

"We see a lot of interesting activity across our network," Eric Berg, chief product officer at Okta, told ZDNet, "which applications people are using, the fastest growing, how they're using them in combination, are they using things like multi-factor authentication? We've progressively shared this information, which is a slice of the population -- the thousands of customers that Okta has that span lots of enterprise sizes."

Zoom's popularity on Okta comes on the heels of its latest funding round, in which it secured $100 million. The company, which is in a competitive market against companies like Citrix, Google, and Microsoft, says it has 450,000 business customers.

While Zoom is the fastest-growing app on Okta, it has yet to crack the list of the top 25 apps. Office 365 remains the No. 1 app, followed by Salesforce and Box. Amazon Web Services just surpassed G Suite to come in fourth, while Slack has moved up from 12th most popular to 8th in less than a year. As Slack's popularity on Okta has gone up, other collaboration tools -- namely, HipChat, Yammer, and Skype -- have gone down.

Meanwhile, the Okta report could shed some light on the way the role of IT management is changing. For instance, it showed that more than 50 percent of apps accessed via Okta are not provided by IT. Instead, they're apps used largely for personal reasons, such as Facebook, Netflix, or Eventbrite.

"As we all find these days, personal life and work life are blending more and more," Berg said. Early on, he said, Okta built in functionality to enable those apps and continues to respond to this trend.

"That's a shift in our business over the last couple of years and something we see as a huge growth opportunity going forward," Berg said.

How Forest Giant is growing their small business with cloud-based tech: 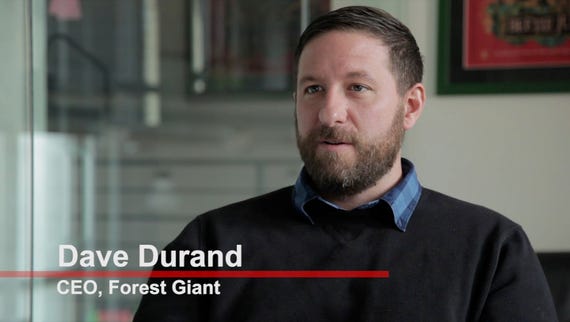