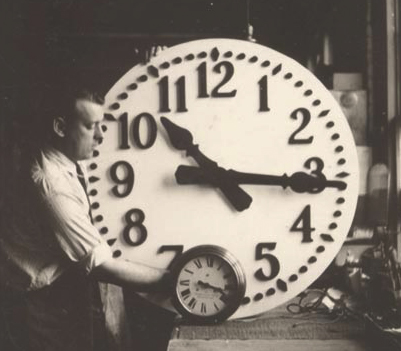 There are fascinating parallels with the vision and pragmatic realities of rolling out effective corporate collaboration initiatives and the new US leadership's arrival at the White House this week.

The White House has a substantial culture and bureaucracy peculiar to it regardless of its current inhabitants, much as leadership in the corporate C suite changes but the underlying infrastructure and culture has greater longevity and legacy quirkiness.

"We have to become one highly focused organization and define competencies worldwide....The walls that impeded communications have to come down and we have to focus R&D on products that are most likely to yield rewards."

This is what Howard Stringer said in his introductory Sony press conference in June 2005, taking over as CEO of a huge multi-faceted company facing "real challenges".

Today, as I speculated in my previous post about the ultimate fate of third placed PlayStation 3, Sony is hit with a tsunami of red ink and serious cash issues. Despite the best efforts of an executive team brought in with a mandate to break down silos within Sony, the attempts to unite factions has been a huge challenge with very mixed results.

Stringer was handpicked by his predecessor, Nobuyuki Idei - "Stringer can unite Sony," Idei said shortly after Stringer's appointment to run the conglomerate, whose interests range from hardware to content, and even insurance and financial products.

"Content and technology are strange bed fellows. We are joined together. Sometimes we misunderstand each other. But isn't that after all the definition of marriage?" Said Stringer in the early days, but the reality is that the various factions within Sony are still disconnected.

This dramatic example of failure to gain adequate cultural traction is paralleled by the early day efforts of the Obama administration, who are grappling with similar issues. Brought in with an electoral mandate for change, the reality of entrenched White House bureaucratic culture requires pragmatic focus to maintain momentum.

In business, as in politics, there are plenty of people subtly blocking change and allowing the calendar to run out of time before emerging to challenge initiatives. The real challenge in planning out effective collaboration strategy and tactics is in identifying ways to work with the existing infrastructure to engender change. IT departments of large enterprises can behave like the technology bedfellows of Stringer's analogy, with 'content' of the business lines and products.

IT is running the industrial strength applications that essentially is the highly complex company infrastructure - everything from designing products to manufacture and logistical control to accounting to payroll to customer relationships to email servers.

This can be migraine inducing work, dealing with layers of legacy complexity (mergers and aquisitions can generate Frankenstein style integrations) while keeping the basic power on and network plumbing flowing.

Enterprise 2.0 applications are most definitely not a complete replacement for any of this, despite what some of the more light headed protagonists and evangelists claim.

Identifying where modern collaboration technologies can fit into the mix to facilitate communication between business units and partners without alienating the existing IT organization is a real diplomatic art.

Taking problems off their plate, working with them and making them happy is obviously a hugely desirable objective, but there is often an adversarial relationship, often brought about by naive social media 'experts' reinventing the wheel and proselytizing for some futuristic '2.0 new way'.

Like the corporate C suite in theory the Obama administration can upgrade the core governance to reflect change - the 1978 Presidential Records Act being an obvious example. But strategically identifying where to put in the effort to get maximum return - and avoid getting caught up with turf wars - is critically important to success.

The current economic climate will force huge change and streamlining - it is even more critical to think strategically and objectively about the tactics needed to achieve greater efficiencies with less resources.