If you want to upgrade your Nexus handset to Android Nougat, you may be in luck.

Google has posted the files needed to upgrade various Nexus handsets to the latest release of the mobile OS.

While most Nexus owners should receive an over-the-air update to Nougat in the coming weeks, anyone keen to try out Nougat's new multitasking and other features sooner can shortcut the process by downloading the files from Google's developer site and manually installing them. 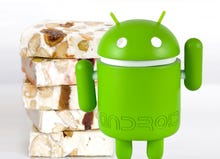 Nexus owners can choose between two types of files to install Nougat: the full factory images, which restore the Nexus to its original factory firmware and require a device wipe, or the OTA update binary image files, which don't require a wipe.

If you own a Nexus 5 or Nexus 7 2013 model, this Android version update will not be available.

For supported Nexus devices, the other way to shortcut the wait time is by enrolling the device in Google's beta program, which gives access to the developer preview version of the OS. ZDNet's instructions for how to safely do that are available here.

While Nexus owners can expect to get Google's latest improvements to Android in the coming weeks, it likely will take several months for Android handset makers to release the update to all other handsets.

The first new non-Nexus phone that will ship with Nougat is LG's V20. Prolific mobile leaker Evan Blass posted an image of the device on Twitter this week. Fans won't have to wait that much longer for a glimpse, however, with the launch event set for September 6 in San Francisco, though LG hasn't said when the device will be available.