In a video released earlier today, Anonymous warned that tonight the President and Congress "will face an Army," and "there will be no State of the Union address on the Web tonight."

Anonymous' threats to disrupt tonight's State of the Union (SOTU) began issuing from its 'Operation Last Resort' campaign channels early on Monday, and increased in intensity, fury and details until the video was released around 3 p.m. PST today.

The President of the United States of America, and the Joint Session of Congress will face an Army tonight.

We will form a virtual blockade between Capitol Hill and the Internet. Armed with nothing more than Lulz, Nyancat and PEW-PEW-PEW! Lazers, we will face down the largest superpower on Earth.

And we will win.

There will be no State of the Union Address on the web tonight.

Anonymous ' Operation Last Resort ' appears to have made a sub-operation called "OpSOTU" specifically for tonight's attack.

Anonymous: ramping up OpSOTU for 24 hours

The 'Operation Last Resort' Twitter account has posted updates with increasing fervor over the last 24 hours, focusing on today's State Of The Union Address, as well as Congress' rushed re-introduction of cybersecurity bill, the Cyber Intelligence Sharing and Protection Act (CISPA).

These posts have included yesterday's publishing and distribution of a file containing detailed information about every security and surveillance camera in the Chicago area. Chicago has the largest surveillance program of any city in the United States.

Less than a day ago, 'Operation Last Resort' made public documents ("doxd") revealing sensitive information about Richard A. McFeely, the FBI executive assistant director of the Criminal, Cyber, Response, and Services Branch.

We heard he was after us so here you can go after him >> DOX on FBI Agent "Rick" Richard A. McFeely

McFeely was quoted in the media following the massive hack and defacement of the U.S. Sentencing Commission Web site which launched 'Operation Last Resort,' saying the FBI was "concerned" and would launch a criminal investigation into the matter.

Anonymous' tweets regarding the McFeely "dox" linked to several blogs posts that contained contact information for McFeely and the names of his family—though it should be noted that the information was less than could be obtained through a "people search" service, and the post was signed by #AntiSec.

ADVANCED WARNING: This year's State of the Union Address WILL be cancelled ifinternet regulation is passed by executive order #opLastResort

In its tweets leading up today's clear threat, Anonymous' 'Operation Last Resort' indicated that the President would omit from the State of the Union address topics including, "the extra-judicial and unregulated justifications for targeted killings of citizens by military drones," and "Bradley Manning, 1,000 days in detention with no trial for revealing military murders."

In the new video and accompanying text, as well as the cited foundation of 'Operation Last Resort,' Anonymous continually cites the recent suicide of hacktivist Aaron Swartz saying it is a "line that has been crossed."

Anonymous' statement explains its 'Operation Last Resort' campaign is retaliation for Swartz's tragic suicide, which many—including Swartz family—believe was a result of overzealous prosecution by the U.S. Department of Justice and what the family deemed a "bullying" use of outdated computer crime laws.

ZDNet has a copy of the entire Anonymous 'Operation Last Resort' statement here .

Its further reasoning for tonight's threat against the State of the Union address is published in today's statement, saying:

Tonight, the President of the United States will appear before a joint session of Congress to deliver the State of the Union Address and tomorrow he plans to sign an executive order for cybersecurity as the House Intelligence committee reintroduces the defeated CISPA act which turns private companies into government informants.

He will not be covering the NDAA [National Defense Authorization Act], an act of outright tyrannical legislation allowing for indefinite detention of citizens completely outside due process and the rule of law. In fact, lawyers for the government have point-blank refused to state whether or not journalists who cover stories or groups the Government disfavours would be subject to this detention.

He will not be covering the extra-judicial and unregulated justifications for targeted killings of citizens by military drones within the borders of America, or the fact that Orwellian newspeak had to be used to make words like "imminent" mean their opposite.

He will not be covering Bradley Manning, 1000 days in detention with no trial for revealing military murders, told that his motive for leaking cannot be taken into consideration, that the Government does not have room for conscience.

He will not be covering the secret interpretations of law that allow for warrentless [sic] wiretapping and surveillance of any US citizen without probably cause of criminal acts, or the use of Catch-22 logic where no-one can complain about being snooped on because the state won't tell you who they're snooping on, and if you don't know you're being snooped on, you don't have a right to complain.

How Anonymous might accomplish its threat tonight is still unclear. But Operation Last Resort has proven that it is more than capable of carrying out its threats—so far. 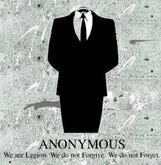 The 'Operation Last Resort' faction has hinted in social media over the last 24 hours that there will be "lazers" and "pew pew"—and in one instance has mentioned vintage video game 'Donkey Kong'—which all may be a reference to its success at commandeering the U.S. Sentencing Commission Web site and ultimately turning it into a playable game of ' Asteroids' .

President Obama specifically selected President Lincoln's birthday as the date of his address.

According to Bloomberg: "The administration has been drafting an executive order on computer security since at least last fall, before the Senate failed in its second attempt to pass Obama-backed legislation to create cyber standards for companies."

News of the order comes just after House Intelligence Committee Chairman Mike Rogers announced last Friday they will reintroduce the controversial CISPA cybersecurity bill on February 13. Like he did with the bill's introduction in April 2012, Rogers is trying to rush CISPA into law by citing imminent threats. CISPA was widely opposed, with Aaron Swartz even calling it "a Patriot Act for the Internet".

Referencing last week's Anonymous 'Operation Last Resort' bank database hack , and The New York Times compromise by China, Rogers said in an e-mailed statement: "This is clearly not a theoretical threat—the recent spike in advanced cyber attacks against the banks and newspapers makes that crystal clear."

We'll see if Anonymous carries its State of the Union disruption threat to fruition, and will keep you updated to the minute with developments.

Join Discussion for: Anonymous State of the Union threat is official:...