A website selling contraband goods has disappeared with a Bitcoin haul that some estimate could be worth as much as US$100 million. 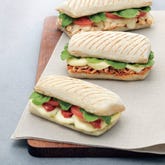 Paris Baguette store becomes the first physical shop in South Korea to recognize Bitcoin as a form of payment, allowing its customers to buy its goods using the virtual currency.

Sheep Marketplace, which emerged after the  Silk Road  website was taken down, shut down over the weekend claiming to be victims of a thief who took off with its cache of 96,000 Bitcoin, worth about US$107.8 million today, or about 1 percent of the world's Bitcoin pool.

The administrators of Sheep Marketplace on Sunday had posted a note on its site, stating: "We are sorry to say, but we were robbed on Saturday 11/21/2013 by vendor EBOOK101. This vendor found bug in system and stole 5400 BTC – your money, our provisions, all was stolen. We were trying to resolve this problem, but we were not successful. We are sorry for your problems and inconvenience, all of current BTC will be ditributed to users, who have filled correct BTC emergency adress. I would like to thank to all SheepMarketplace moderators by this, who were helping with this problem. I am very sorry for this situation. Thank you all."

There are doubts, however, that it was actually theft. In the days leading up to the site shutdown, vendors were unable to access Bitcoins contained in the site's wallet, while others began slashing the prices of their drugs and good. This led to suspicions the website was a scam and complaints were posted on Reddit, where most communications took place, before the site eventually shut down on Sunday.

Sheep Marketplace said it would refund the money to Bitcoin users' emergency addresses, but no one on Reddit's SheepMarketplace indicated they received any money back.

According to a report by Business Insider, two Reddit users "SheepReloaded2" and "NodManOut"--in a subreddit detailing the theft--said they were tracking the person they believed to be responsible for the heist, and who was trying to offload a Bitcoin wallet--which, at one point, contained US$220 million.

SheepReloaded2 said he had identified 96,000 Bitcoins being exchanged by the robber--through their blockchain--and was tagging all new wallets the thief was trying to create to rid his loot. Every Bitcoin generates a log, called " blockchain ", which shows the history of all transactions associated with it.

It would be difficult for the thief to offload a huge haul without revealing his identity, as major Bitcoin exchanges require proof of identity--implemented specifically to avoid money laundering instances. SheepReloaded2 said: "He has 1 percent of the world's Bitcoins. It's hard to clean and sell more than 4 or 5 BTC at a time."

It would also be difficult for Sheep Marketplace victims to regain their lost money. Commenting in the subreddit, Reddit user "kyerussell" rebuked anyone for thinking they could get their money back. "It seems that this subreddit is full of people that don't understand the fundamentals of bitcoin and somehow think that this'll result in people getting their money back. It won't. That's the point of bitcoin... You aren't going to get anything back. None of you are going to get anything back, and it's by design. This is EXACTLY how Bitcoin is supposed to work. Bitcoin would be fundamentally broken if you somehow got your money back."

Probably referencing the shady business and people a website like Sheep Marketplace would be associated with, SheepReloaded2 warned: "I won't find this guy. Somebody else will. I assume he'll be jailed, blackmailed, tortured or killed."

Join Discussion for: Anonymous website disappears with $100M in...