Some 80 percent of business decision makers in Asia-Pacific recognise the importance of artificial intelligence (AI) in ensuring their company's competitive advantage, but just 41 percent have actually begun deploying such tools. Amongst those that have done so, the lack of leadership commitment and skillsets are the top barriers they face, revealed in a new study by IDC and Microsoft.

These AI adopters also pointed to a lack of tools and infrastructure to apply actionable insights as being a key challenge, according to the study, which polled 1,605 business decision makers and 1,585 employees across 15 markets in the region, including Singapore, China, India, Japan, Indonesia, Australia, and Vietnam. Respondents were from verticals such as government, healthcare, financial services, and automotive. 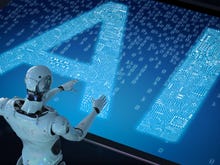 Respondents that had adopted AI estimated that, by 2021, AI would boost their competitiveness by 100 percent, the study found. In addition, 26 percent said they turned to AI to improve customer engagement, while 19 percent cited the need to increase competitiveness. Another 18 percent pointed to higher margins, while 15 percent adopted AI to boost innovation and 9 percent did so to help their employees be more productive.

According to Victor Lim, IDC's Asia-Pacific vice president of consulting operations, businesses that adopted AI last year said they experienced tangible improvements across customer engagement, competitiveness, revenue, innovation, and employee productivity. This year, these companies expected further enhancements of at least 1.8 times over a three-year period, Lim said, adding that the biggest increase anticipated were in the areas of innovation and market competitiveness.

Organisations in the region, though, needed to build up their skillsets and tools in order to better harness AI, the analyst said.

Lim noted: "Asia-Pacific is not ready yet for AI. To succeed in AI race, markets in the region need to substantially improve their readiness. Organisations' leadership should make AI a core part of their strategy and develop a learning agility culture. They have to continuously invest in this transformative technology for the long-term success, sometimes without immediate returns.

"There is an urgent need for talents and tools to develop, deploy and monitor AI models, along with the availability of a robust data estate with the adequate governance," he said.

More than half of survey respondents felt the cultural components that facilitated AI adoption, including proactive innovation and cross-function collaboration between teams, still were not pervasive.

Microsoft's Asia president Ralph Haupter added that 84 percent of business leaders prioritised skilling and reskilling of workers in the future, but 64 percent had yet to implement plans to help their workers build up the right skills.

Haupter said: "Business leaders must now embrace a new culture, where innovation and continuous learning are core components of the organisational culture. It sets the stage for agility, adaptability, and growth.

"The jobs of today will not be the jobs of tomorrow, and we have already seen demand for software engineering roles expand rapidly beyond just the tech sector. However, building an AI-ready workforce does not necessarily mean an acute need for technological skills," he noted.

According to the study, the top three skills needed in future were quantitative and analytics, digital, as well as adaptability and a continuous learning mindset.

Philosophers and psychologists may be needed in future corporate workspaces as businesses will need skills that machines and artificial intelligence cannot easily replace.

Singapore council to assess ethical use of AI, data

Singapore government is setting up an advisory council to look at the "ethical use of artificial intelligence and data" as well as recommend codes of practice and governance.

OCBC Bank will kickstart the new unit with a S$10 million investment over three years, with the aim to embed artificial intelligence technologies into its products and services.