Apple and Google have teamed up to offer Kodak more than $500m (£312m) for digital imaging patents to help the beleagured photography company stay afloat, according to reports. 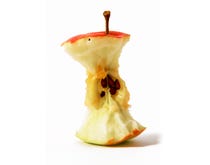 The two companies have collaborated to buy an unspecified number of Eatman Kodak's 1,100 imaging patents, according to a Bloomberg report on 8 December, citing sources "familiar with the matter".

The patents for sale relate to the capture, manipulation and sharing of digital images, according to the report.

The sources said Apple and Google teamed up so they could purchase the patents for a lower overall cost than if they tried to buy them individually. This isn't the first time there have been murmerings of this kind; the Wall Street Journal reported on the possible alliance between Apple and Google in August.

Previously, the WSJ reported that Apple and Google were each leading separate consortiums to purchase the patents in the range of $150m (£94m) to $250m (£156m).

The sale of the patent portfolios was originally expected to net Kodak in excess of $2bn, according to the company's legal team at the time of the bankruptcy filing.

Apple and Google had not responded to a request for comment at the time of writing.

Kodak announced it was in financial difficulties in 2011 and started selling off its assets in a bid to raise capital.

The company then took out a $950m (£591m) loan with Citigroup so that it could keep its operations going and took other measures such as selling off its  personalised and digital imaging businesses , in a bid to claw its way out of Chapter 11 bankruptcy proceedings sometime in 2013.

Join Discussion for: Apple and Google linked to $500m bid for...