Once the undisputed king of smartphones, Samsung saw its market share slide dramatically in China and Europe last year, according to new research.

It's no secret that 2014 was a tough year for Samsung's smartphone business, and as the company gears up to launch the Galaxy S6 in early March, figures from analysts IDC released this week show how far it has to go to reclaim its status as the world's top smartphone maker.

As ZDNet reported yesterday, Samsung devices accounted for 12.1 percent of the 420.7 million smartphones shipped in China last year - roughly one-third of the 1.3 billion that shipped worldwide in 2014.

While analyst firm Canalys recently reported that Xiaomi had shipped more devices than Samsung in the second quarter last year, updated figures from IDC show that Xiaomi took the crown for the full year too with a 12.5 percent share of shipments in China. 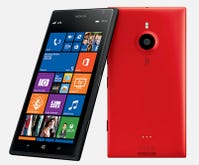 Bigger screens, smaller prices: How your smartphone will change this year

Buyers in the world's largest smartphone market are showing the way on device sizes.

While Samsung doesn't face the same challenges from low-cost vendors in Western Europe, the company has seen a similar decline there at the hands of Apple and smaller rivals.

Samsung is still the top vendor in Western Europe, though its lead over Apple has decreased in recent quarters. Samsung shipped 51 million smartphones in 2014, down from 58 million in 2013, while Apple's shipments climbed from 26.9 million to 30.9 million. Samsung's share of smartphone shipments slipped from 42.6 percent in 2013 to 35 percent in 2014, while Apple's share grew slightly from 19.6 percent to 21.2 percent over the same period.

Microsoft's shipments meanwhile climbed 31 percent from 7.6 million to 10 million for the year; however, that still left it with a 6.9 percent share of the market, behind Sony's 10.4 percent with 15.2 million units sold, but ahead of LG, which shipped 8.6 million units, accounting for 5.9 percent of total shipments.

Growth in smartphone shipments to Europe came despite the market's already high adoption of smartphones, which IDC attributed mostly to the recent release of Apple's iPhone 6 and iPhone 6 Plus.

"Seven out of ten people in Western Europe now have a smartphone. The success of the new iPhones 6 and 6 Plus, the increasing popularity of phablets and the explosion of devices priced under $150, were the biggest contributors to this growth," said Francisco Jeronimo, European mobile devices research director at IDC.

Join Discussion for: ​Apple closes in on Samsung in Western Europe...