Apple will likely unveil the iPad Air 3 alongside a 4-inch iPhone 5se and a new Apple Watch at an event in mid-March, according to 9to5 Mac's Mark Gurman. 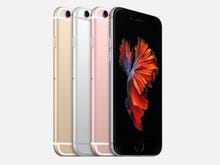 (And why they're not going anywhere.)

People have been asking for a smaller iPhone and it looks like the iPhone 5se may appear at this March event as well. It's rumored to have a 4-inch display, A9 processor with M9 chip, always-on Siri, Apple Pay support, solid cameras, and more.

My three daughters have older small iPhones and none of them want the bigger 4.7 inch iPhone 6s. I've also heard from other family, friends, and coworkers who like the convenience of a small iPhone so if Apple can release one that's comparable to the newest iPhone models then it might just fill a niche that other manufacturers are passing by.

I'm not sure what more a new Apple Watch needs, other than GPS, but there are rumors that a new model will be revealed. It may just have new colors, new band materials, and minor hardware improvements so we'll have to see what Apple reveals this spring.