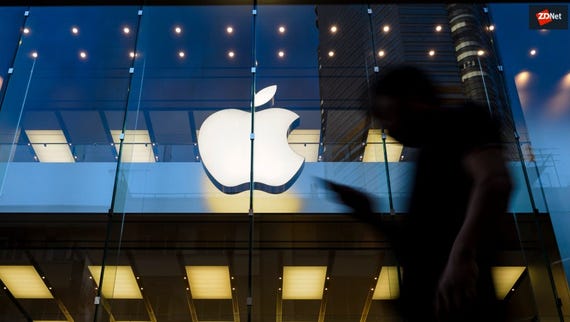 The top five American companies have all enjoyed booming share prices during the current stock market bull run, and Apple is finally closing in on the trillion. At its current share price of $191.70, Apple is worth $950 billion, which is only $50bn short. Unless the market turns, it may be just days or weeks away. It only needs a few dollars more.

Apple's shares have increased in value by 32 percent over the past year, which sounds impressive. However, Amazon's share value has grown by 75 percent and Microsoft's by 46 percent, partly because of their success in cloud computing. Both company's CEOs, Jess Bezos and Satya Nadella, have also impressed, which hasn't done them any harm.

Apple has come in for more criticism over things like the price of the iPhone X and whether it was selling well enough, the general downturn in tablet sales, the success of the Apple Watch, and whether it was neglecting the Mac. In fact, iPhone sales grew by 14.4 percent to $38 billion in Apple's latest quarter, while iPad sales were up by 5.8 percent and services (Apple Music, the App Store, Apple Pay, iCloud etc) by an impressive 30.5 percent.

Does the number matter?

Not really. There's probably a psychological value to investors in passing the trillion dollar mark, and Apple fans may feel good about it - especially if they remember when the company was up for sale and/or threatened with closure. It's certainly an indication of success.

Whether the stock market's love affair with technology companies is entirely healthy is another matter. It's a trend that Jim Cramer's aptly named Mad Money highlighted in 2013 when he coined FANG - Facebook, Amazon, Netflix and Google - as a group of stocks to watch. Goldman Sachs converted this into FAAMG -Facebook, Amazon, Apple, Microsoft and Google - for the companies with the biggest market caps. (See: Can't tell your FANG from your FAAMG? And should you be worried?)

The potential problem is that these tech stocks are now worth close to $4 trillion, and they make up a quarter of the value of the whole S&P 500. That means most people are now invested in FAAMG, if not directly, then through trackers, pension funds, and other financial services.

And, of course, we all know that what goes up can come down. A motto about eggs and baskets comes to mind....

Join Discussion for: Apple is close to becoming the first US company...