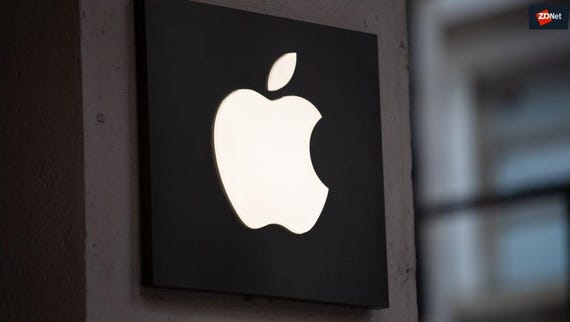 Apple has revived the chime effect for MacOS 11 Big Sur startups, bringing back the familiar sound effect while moving the desktop towards the look and feel of iOS.

Mac users are in for big design changes in MacOS 11 Big Sur, which Apple unveiled this week at WWDC. But the next version of MacOS also overhauls other elements, including new and revived system sounds, such as the startup chime.

Apple ditched the sound effect with its MacBook Pro machines in 2016 because they powered up automatically when the lid was opened. But as MacRumors found, the chime is back in Big Sur.

According to Apple, Big Sur's updated system alerts were "created using snippets of the originals, so they sound familiar."

Apple is also introducing a 'Battery' section in System Preferences in place of Energy Saver, which lacks a visual representation of the battery level.

Again, borrowing from the Battery section in iOS Settings, Big Sur's Battery section displays the battery level over the past 24 hours or the past 10 days, as well as information about when it was last charged.

The section also features a graph on power use, but unlike the iOS Battery feature it doesn't show which apps are the main draw on the battery. It also lacks the iOS Battery Health tool.

Another battery feature is Optimized Battery Charging, designed to reduce wear on the battery and prolong its lifespan by "ensuring a MacBook is fully charged when unplugged".

"Optimized Battery Charging learns your daily charging routine and activates only when your Mac predicts that it will be connected to a charger for an extended period of time," Apple explains.

This is different to the battery health management feature that Apple rolled out in MacOS Catalina 10.15.5 in April. It too aims to prolong a battery's lifespan, but reduce a battery's maximum charging capacity.

Another major part of this plan is Mac Catalyst, a tool for developers to quickly port iPadOS apps to MacOS. Apple used Mac Catalyst to build its revamped MacOS Messages app, which now has all the modern features of Messages on iOS.

Replacing the variety of shapes for icons in the current MacOS dock are uniform rounded-rectangle icons, just like iOS.

MacOS users will be able to select small, medium, and large widgets and place them in Notification Center. The same widget options will be available on iOS and iPadOS for the Home Screen.

MacOS Spotlight finder and launcher is also getting revamped with faster access, and streamlined results. It introduces support for Quick Look which offers a preview of the document as well as the ability to rotate, crop, and mark up images, sign PDFs and trim media files without launching an app.