Apple and Major League Baseball have signed a deal for every team's coaching staff to have access to the iPad Pro for easy viewing of data and video to better coach teams, according to the Wall Street Journal. 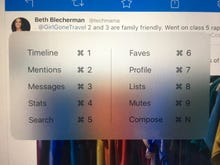 There's no longer the need for players to run back to the locker room. Players can simply access information from an iPad Pro -- right in the dugout. The MLB will provide an app with pre-loaded information and player data, including "spray charts" showing where a ball is likely to fly after being hit.

"I started in this game 25 years ago and the single biggest change has been the emergence and predominance of analytics," Rob Manfred, MLB commissioner, said. "It affects the way we judge players, make decisions on the field, and the way fans consume the game."

Terms of the deal weren't disclosed, but it's said to be multi-year and include all teams in the league.

MLB, who often keeps up with tech trends, has been allowing iPads in dugouts since mid-2015. Teams get the iPads in a steel security box, and players must return the iPad to officials after the game to be scrubbed.

The NFL and Microsoft have a similar deal for Surface tablets on the sidelines of football games. It's used as both a marketing tool for Microsoft -- not without blips -- and an in-game tool for players.

Join Discussion for: Apple, MLB strike deal for iPad Pro in every...