Apple Pay support expands to 65 percent of US retail locations

Apple has inked new Apple Pay support agreements with Target, Taco Bell and Jack in the Box, resulting in more than 10,000 new points of acceptance for service.
Written by Natalie Gagliordi, Senior Writer on Jan. 22, 2019

Apple's digital wallet service Apple Pay is rolling out to thousands of new retail locations in the US. The Cupertino tech giant announced Tuesday that it has inked Apple Pay support agreements with Target, Taco Bell and Jack in the Box, resulting in more than 10,000 new points of acceptance for service. Apple has also landed regional deals with Speedway gas stations and Hy-Vee grocery stores throughout the Midwest.

With these additions, 74 of the top 100 US merchants and approximately 65 percent of all retail locations across the country now support Apple Pay, according to Apple.

"Whether customers are buying everyday household items, groceries, snacks for a road trip or grabbing a quick meal, Apple Pay is the easiest way to pay in stores, while also being secure and faster than using a credit or debit card at the register," Jennifer Bailey, Apple's vice president of internet services, said in a press release. "We're thrilled even more customers will be able to pay at their favorite stores and restaurants using the Apple devices that are always with them."

Apple has aggressively courted retailers since launching the NFC-based contactless payment system in 2014. Last year, Costco rolled out Apple Pay acceptance to 500 of its US warehouses, and CVS Pharmacy introduced Apple Pay within all of its roughly 8,400 stand-alone locations.

Despite the slew of retail wins, Apple Pay was once considered a foe to retailer-exclusive payment methods. Target, for instance, was among the consortium of retailers that backed CurrentC, the ill-fated mobile payments system created by the Merchant Customer Exchange. Major retailers including Walmart, Target, RiteAid and Lowe's supported CurrentC as an Apple Pay competitor, but the service never took off and eventually was shut down and sold to JP Morgan. 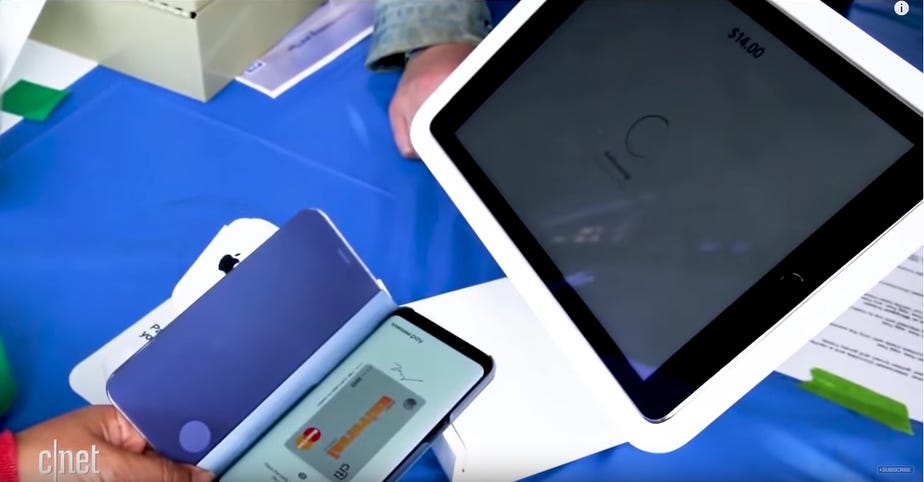 Windows
Cancer therapies depend on dizzying amounts of data: Here's how it's getting sorted in the cloud