WebKit, the browser engine for Safari, is on track to support protocols that enable native video and audio communications in the browser.

Although Apple hasn't publicly announced support for WebRTC, it has now approved it as "in development" for WebKit.

Today, Google, Mozilla, Opera, and even Microsoft's new Edge browser support WebRTC. But until this week, there'd been little evidence that Apple would join the party, with WebRTC based on a Google-led specification for video and chat services native to the browser. 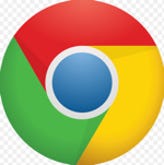 WebRTC, or Web Real Time Communications, is backed by Google, Opera, and Mozilla. The technology lets developers build peer-to-peer video and chat on the web with JavaScript and HTML5, bypassing the need to install a plugin or application.

One attractive aspect of WebRTC, which Google put forward in 2011, is that it's free to use and aims to cut down on developing for different platforms.

One high-profile example of a WebRTC application is Talko, the team messaging app for mobile, formerly headed up Ray Ozzie and other ex-Microsoft developers.

Microsoft acquired Talko last year for Skype, a few months after announcing WebRTC support for Edge. The intent was to allow WebRTC-compatible apps to talk to Skype users and for developers to integrate Skype into their web applications.

Apple's decision to approve WebRTC as part of the WebKit specification, as WebRTC supporter Lantre Barr writes, should have a positive impact on the future prospects of the communications technology.

"Without Apple's commitment, doubt and fear were common among companies and organizations looking to incorporate WebRTC in their products and services," Barr wrote.

There's no timeframe for when Apple will implement WebRTC in Safari.

Speculation that Apple may be considering WebRTC began in October when the company advertised for an engineer to focus on WebRTC in WebKit, but that could have meant it could be at least one year before it would be implemented. However, Apple was considering WebRTC for WebKit in March 2015.