Apple has released the latest version of its mobile operating system, iOS 6.1, available for download today.

In a statement, the Cupertino, California-based technology giant said the new software will bring 4G long-term evolution (LTE) capabilities to 36 additional iPhone carriers and 23 additional iPad carriers around the world.

New LTE markets have been updated on Apple's Web site to include Denmark, Finland, Italy, Switzerland, and some Middle Eastern states. 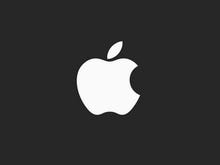 A number of security fixes have been integrated into the latest software, along with software bug fixes. One new privacy feature, ZDNet's sister site CNET reported, is an option to reset Apple's advertising "non-permanent, non-personal, device identifier."

The software is available as a free update, and notifications will be sent out to supported devices today. iOS 6.1 is compatible with the iPhone 3GS, 4, 4S, and 5; the iPad 2, the third- and fourth-generation iPad and the iPad Mini; and the fourth- and fifth-generation iPod Touch.