Apple has released iOS 7.1, the latest iterative version of its mobile software for its smartphones and tablets. 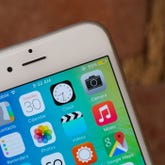 The software was made available for download on Monday, a week shy of six months after a radically redesigned iOS 7 was released.

The latest software version is compatible with iPhone 4 and later, iPad 2 and later, and iPod touch (5th generation) devices.

Users of iOS 7 and older versions can upgrade compatible devices over-the-air by navigating to "Software Update" in the "General" section of the device's settings.

iOS 7.1 includes 41 bug fixes that have plagued some early adopters , along with user interface design tweaks, such as visual changes to the phone dialer and power-off features.

The software also lands with a number of new features, including:

Overall, with its user interface and bug fix improvements, the update is designed above all to resolve some of the initial problems with the software, which some insiders previously reported was rushed in order to land in line with the release of iPhone 5s and 5c smartphones in September. 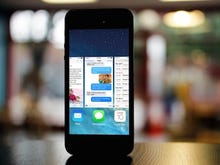 Apple's latest version of iOS 7.1 for iPhones and iPads lands with a bevy of new features, bug fixes, security patches, and improvements. Here's what you need to know.

According to Apple, about 82 percent of all compatible iPhones, iPads, and iPod touch devices are running iOS 7 as of late February, based on App Store data.

As many millions have waited to upgrade until some of the known and well-documented bugs and user interface flaws have been resolved, that figure is expected to rise significantly in the next days.

For those not able to download over-the-air, Windows and Mac users can alternatively connect their compatible iPhones, iPads, and iPod touch devices to iTunes, and upgrade by selecting the "Check for Upgrade" button in their device's summary window.

Or, users can download the software bundle (.IPSW) files from Apple's website for offline installations in the coming hours. (Enterprise users can use Apple's Phobos server for download links.)

In past updates, downloads are often slow at first as millions attempt to upgrade at the same time.

Downloading over a Wi-Fi connection is recommended due to the size of the file, and some users may have to delete content from their devices in order to install.

Join Discussion for: Apple releases iOS 7.1 for iPhone, iPad with...