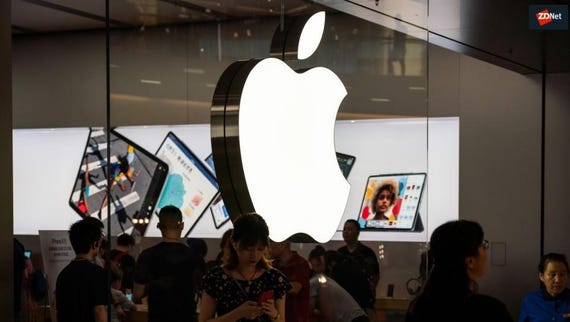 What we know about the new iPhone 11
Watch Now

Apple and Samsung are the target of a class action lawsuit, after a Chicago Tribune investigation claimed that certain iPhone models and Galaxy S models produce radio-frequency emissions that exceed safety limits regulated by the Federal Communications Commission.

The lawsuit, spotted by AppleInsider, was filed in the US District Court for the Northern District of California on Friday, two days after the Chicago Tribune published a report detailing a study it had commissioned from specialist company RF Exposure Lab.

Apple has already dismissed the test results published by the Chicago Tribune.

"All iPhone models, including iPhone 7, are fully certified by the FCC [Federal Communications Commission] and in every other country where iPhone is sold," Apple told the publication.

"After careful review and subsequent validation of all iPhone models tested in the [Tribune] report, we confirmed we are in compliance and meet all applicable … exposure guidelines and limits."

The study found that the iPhone 7, as well as Samsung's Galaxy S8, Galaxy S9, and Galaxy J3, exceeded the RF emission limits that the FCC deems as safe.

However, in many cases the devices exceeded the limit when positioned closer to the body than the distance the FCC allows manufacturers to do when testing devices for RF emissions.

For example, the test founds that when the Galaxy devices were positioned at 10mm to 15mm from the human body – a distance the FCC allows in its guidelines for manufacturers – they measured under the RF emissions safety limit.

However, when tested at 2mm the RF "exposures measured well over the standard", according to the Chicago Tribune. In the case of the Galaxy S8, the RF levels at 2mm from the body exceeded the FCC's limit by 500%.

The lawsuit also takes a stab at Apple's iPhone marketing, such as Steve Jobs' description of the first iPhone in 2007 as "the internet in your pocket for the first time ever" and that its ads depict people using an iPhone while "holding it in their bare hands". It also highlights Samsung's similar marketing of showing its handsets close to the body.

"Defendants have touted the use of their smartphones as being safe and appropriate to use while touching or within close proximity to the human body," the plaintiffs' lawsuit reads, before outlining the dangers of excessive RF exposure.

The FCC's current rules for phones stipulate that users can't absorb more than 1.6 watts per kilogram over one gram of tissue. However, as noted in the complaint, companies testing for compliance are allowed to position the phone 25mm away from the body.

The complaint also notes that Apple, prior to the iPhone 7, had warnings about the distance the devices were tested for RF emissions, ranging between 5mm and 10mm, but that the company dropped that messaging for later models.

The tests found that at a 5mm distance the iPhone 7 models averaged an exposure level of 2.9W/kg and at 2mm the results ranged from 3.5W/kg to 7.15W/kg. The iPhone X and iPhone 8 also scored above the limit in three out of four tests.

Apple is accused of "knowingly designing and manufacturing iPhones whose RF exposure exceeded safe limits when used on or in close proximity to the human body".

The complaint adds that Apple failed to "warn or protect Plaintiffs and Class members from RF exposure and, instead, covered up any risks by misrepresenting the safety of the smartphones."

ZDNet has contacted Apple and Samsung for their comments on the lawsuit and will update this article with any responses received.

Join Discussion for: Apple, Samsung hit by lawsuit over 'unsafe'...