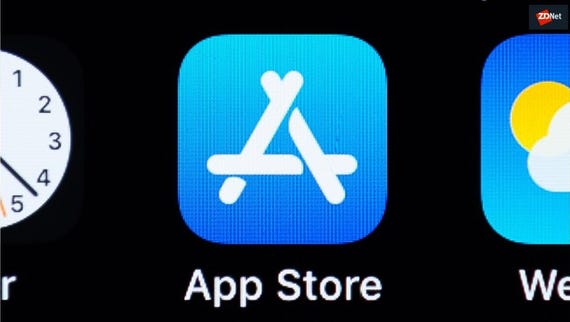 Apple has backed down from a plan to block updates to the WordPress iOS app until the open-source project enabled in-app purchases that give Apple a 30% cut on sales.

The stand-off between Apple and WordPress happened on Friday in the wake of Fortnite maker Epic's public row with Apple over in-app purchases.

The way it looked, per The Verge and other commentators, was that Apple was essentially strong-arming WordPress into selling domain names through Apple's in-app payment system. The app did promote paid subscriptions but didn't let users buy the subscriptions through the app.

Apple intended to prevent updates to the WordPress iOS app, which is free, until the project complied with its rule to enable in-app purchases.

That move by Apple seemingly went against a recent policy update, following its fight with the developers of the Hey email app, in which it blocked app updates until the startup enabled in-app purchases for its $99 annual subscription.

By Saturday, Apple had pulled back from its compliance push with WordPress and even offered an apology. But Apple, which is trying to bolster its services revenues, said the WordPress app originally promoted paid services without supporting in-app payments. That service includes paid-for custom domains.

"We believe the issue with the WordPress app has been resolved," Apple said in a statement Saturday to CNET.

"Since the developer removed the display of their service payment options from the app, it is now a free stand-alone app and does not have to offer in-app purchases. We have informed the developer and apologize for any confusion that we have caused."

Apple issued the statement after key WordPress developer Matt Mullenweg detailed in a tweet that Apple planned to cut off updates and bug fixes unless the project committed to supporting in-app purchases for WordPress payment plans in the iOS app.

"Heads up on why @WordPressiOS updates have been absent... we were locked by App Store," wrote Mullenweg.

"To be able to ship updates and bug fixes again we had to commit to support in-app purchases for .com plans. I know why this is problematic, open to suggestions. Allow others IAP? New name?"

Mullenweg told CNET that WordPress had agreed to add in-app purchase support within the next 30 days, which cleared the path for Apple to approve updates to the app again.

Join Discussion for: Apple says sorry – and backs down from forcing...