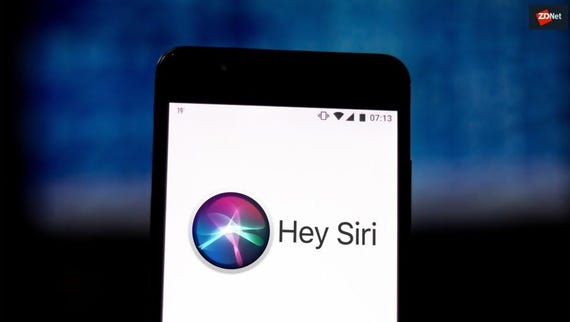 AI assistants on your phone: Who is the smartest of them all?
Watch Now

Amazon Alexa, Apple Siri, and Google Assistant are all getting better at understanding and answering questions, thanks in part to every tech giant using humans to help improve their AI.

Given that voice is meant to be the next frontier of computer interfaces, investor analysts like Loup Ventures are keen to understand which company has the best interface for voice input.

Last December, the company tested Amazon Alexa, Apple Siri, Google Assistant and Microsoft Cortana against 800 questions to find out which was superior.

Google answered 88% of questions correctly, while Apple scored 75%, Alexa scored 72.5%, and Cortana came in with 63%. However, the test was on smart speakers and not smartphones.

So Loup Ventures recently ran a similar 'IQ' test but this time focused solely on assistant capabilities on the phone and dropped Cortana because Microsoft last year decided it was no longer a competitor with Alexa, Google Assistant and Siri.

Cortana's removal and the isolation of assistants to smartphone usage haven't changed the order of the rankings.

Google Assistant is still at the top, but now with a score of 92.9% for answering questions correctly. Siri correctly answers 83.1% of questions, while Alexa gets 79.8% correct.

The questions are typical ones an adult might think to ask a phone, such as, "Where is the nearest coffee shop?". The questions are designed to test each system's ability to provide accurate information about local things, businesses, navigation and information, as well as execute commands.

While the smartphone IQ test rankings are the same as the smart speaker test, Loup Ventures analysts Gene Munster and Will Thompson, forgive Alexa's overall performance, which was negatively influenced by commands because it's an app rather than fully integrated into the device and operating system. Apple Siri performed best on commands.

"Google Assistant was the top performer in four of the five categories but fell short of Siri in the Command category again. Siri continues to prove more useful with phone-related functions like calling, texting, emailing, calendar, and music," Loup Ventures writes.

"Both Siri and Google Assistant, which are baked into the OS of the phone, far outperformed Alexa in the Command section. Alexa lives on a third-party app, which, despite being able to send voice messages and call other Alexa devices, cannot send text messages, emails, or initiate a phone call."

Loup Ventures argues that assistants on smartphones should be treated differently from smart speakers because they're used differently and have different interfaces. For example, speakers don't have screens.