Full Bio
Posted in Between the Lines on December 20, 2017 | Topic: Mobility

Apple said Wednesday it intentionally slows down performance on some older iPhone models due to shutdown issues that can be caused by aging lithium-ion batteries. 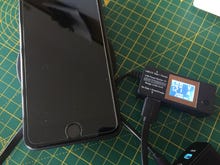 Apple began this practice when it released iOS 10.2.1 last year, to stop the iPhone 6, iPhone 6s, and iPhone SE from shutting down from troubling power circumstances like cold weather, low battery charge or battery aging.

Apple extended the power management feature to the iPhone 7 and iPhone 7 Plus this year with iOS 11.2, the company confirmed.

Apple said in a statement to CNET:

"Our goal is to deliver the best experience for customers, which includes overall performance and prolonging the life of their devices. Lithium-ion batteries become less capable of supplying peak current demands when in cold conditions, have a low battery charge or as they age over time, which can result in the device unexpectedly shutting down to protect its electronic components.

Last year we released a feature for iPhone 6, iPhone 6s and iPhone SE to smooth out the instantaneous peaks only when needed to prevent the device from unexpectedly shutting down during these conditions. We've now extended that feature to iPhone 7 with iOS 11.2, and plan to add support for other products in the future."

Apple said it plans to add power management features to more devices in the future.

Join Discussion for: Apple: Some older iPhones slowed to prevent...