A secret team within Apple is working on better methods for monitoring glucose levels in blood through optical sensors, a new report said.
Written by Jake Smith, Contributing Writer on April 13, 2017 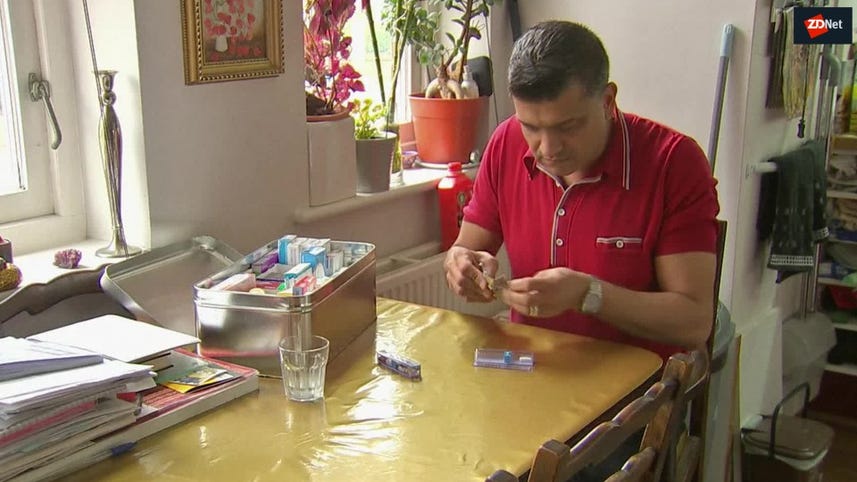 Apple has formed a small team of biomedical engineers to work on noninvasive blood sugar monitoring to better treat diabetes, according to CNBC.

Citing sources familiar with the matter, the report said Apple has been conducting "feasibility" trials at clinics across the Bay Area.

The technology would help rid of needles diabetes patients use often daily to test their blood and was reportedly first imagined by late co-founder Steve Jobs.

Apple is said to be developing optical sensors, which involves shining a light through the skin to measure indications of glucose. Apple hasn't begun what is likely a lengthy march with regulators if it wants to bring the technology to market.

It's not clear how advanced the glucose monitoring technology is or what devices it may be found on. The team of roughly 30 people is said to report to Johny Srouji, Apple's senior vice president of hardware technologies. The hires are said to come from the biomedical field, along with acquisitions Apple has recently made.

Apple in 2014 debuted HealthKit to help healthcare professionals and patients better communicate and manage healthcare data. Apple is rumored to have planned more health features for the first Apple Watch, but many of the features were dropped due to consistency problems.

Apple isn't alone in developing a glucose monitor. Google is developing a "smart contact lens" that it said will hopefully monitor glucose and warn users if their level is dropping too low.

Heart and sleep apps that work with the Apple Watch