Apple has received approval from the Federal Aviation Administration to fly drones and collect data for Apple Maps, according to Bloomberg.

After six months, experiences start to show Apple Maps may be better than Google Maps

Apple continues to improve Apple Maps and we haven't heard much from people about its performance. Recent testing by folks at PC Magazine indicates Apple Maps may now even be better than Google Maps.

Bloomberg reported Apple has assembled a team of robotics and data-collection experts who will use the drones to update its Google Maps competitor.

Drones, a more mobile way for Apple to move than its current fleet of minivans, could examine street signs and roadways to identify construction and other new obstacles.

The FAA granted Apple approval in March to "operate an unmanned aircraft system to conduct data collection, photography, and videography," according to documents. Apple is said to have hired a member of Amazon's Prime Air team to help with the data collection.

Apple is also developing new features for Maps that include views inside buildings. Bloomberg reported last year that Apple acquired startup Indoor.io to launch indoor maps, which could help people navigate airports, museums, and other buildings.

If all goes to plan, Apple is expected to launch the new Maps features in 2017. Apple is said to be focused on improving in-car navigation, as well. One feature will offer better guidance for changing lanes while driving, Bloomberg said. 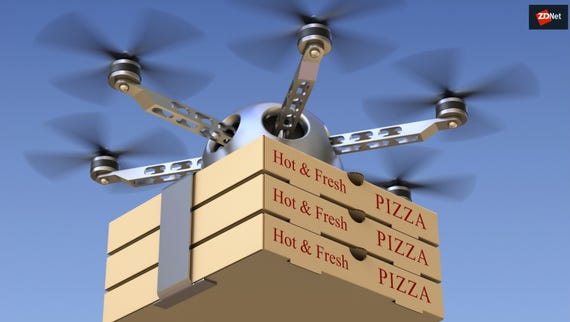 Join Discussion for: Apple to use drones for Apple Maps data collection