What happens when your Mac, iPhone or iPad breaks? You take it to the Apple Store. For those unlucky enough to have suffered a fault, a crash or a smash after the one-year warranty is up, the blue- shirt wearing retail store lackey will perform last rites on the device and offer a new device — at the full retail. 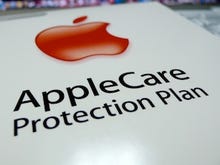 AppleCare warranty reportedly to become subscription-based: What say you, EU?

The EU has been on Apple's case against its "unlawful" warranty practices. A new report suggests the iPhone and iPad maker may switch to a subscription-based model.

But following an investigation by Italy's regulators, this was found to have been in breach of EU consumer law, which offers a standard, mandatory two-year warranty. Apple was fined €900,000 ($1.2m) by the authorities, and lost a subsequent appeal.

Between the to'ing and fro'ing by the European Commission, whose Justice Commissioner intervened earlier this year  in the ongoing tussle with Brussels , existing laws were proven "solid," and there are no plans to change them.

In its latest step to comply with EU law in its various member states, Apple has updated its policies in Belgium, France, and Germany [PDF] to clarify certain key points of its warranty program.

The clarifications change the wording in Apple's one-year warranty to include free repairs and replacement to accommodate the mandatory two-year policy — the same move Italy took last year.