Europe's justice chief has warned that European authorities "cannot sit on the side-lines" of enforcement issues, following a case that saw little action taken against Apple's unlawful warranty practices in the region.

In 2011, Apple was fined €900,000 ($1.2m) by Italian authorities for misleading advertising relating to its AppleCare Protection service. In short, EU consumer law dictates that consumers are entitled to two years of warranty. Apple, however, only provided one, with an additional premium warranty 'bolt-on' for an additional year.

Apple lost its appeal to the case the following March, shortly after which consumer groups in 11 European states complained that AppleCare warranties violate EU law. A formal notice was issued by the European Consumers' Organisation requesting that the company no longer sell products with a one-year warranty.

But the European Justice Commissioner Viviane Reding said today at the European Consumer Summit in Brussels that little was done, and that the "approaches to enforcement turn out to be very diversified and inconsistent at a national level." 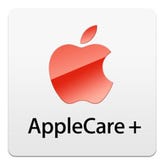 Apple's warranty flap continues to stir in Europe, as the bloc's justice chief warns that the limited protection offered to Apple customers should be investigated.

While it is the role of the member state authorities to enforce EU-dictated laws, Reding said today that the Commission could take a "more prominent role in monitoring and coordinating coherent enforcement of EU consumer rules by the member states."

Only under EU antitrust and competition law can the Commission bring cases against companies, therefore the Commission wants better, cross-border co-operation in bringing those who flout EU consumer laws to justice.

"We can join forces with national enforcement bodies, reinforcing cooperation to ensure a more consistent interpretation and enforcement of the consumer acquis [laws]."

She said today that as a result of the Apple warranty fiasco, where member states effectively didn't react to Italy's ruling, the Commission will "pay particular attention to recurring issues, where essentially the same problem occurs in different Member States."

A European Commission spokesperson confirmed to ZDNet today that current EU consumer laws are "solid" and there are no plans to change them.

When Reding sent a letter dated September 21, 2012 regarding the Apple case in Italy, 13 member state ministers in charge of consumer protection did not respond to her request for information.

In the letter, Reding said that Apple's warranty adverts should be investigated after the company "failed to provide consumers clear, truthful, and complete information about what they are entitled under EU law."

"Apple prominently advertised that its products come with a one-year manufacturer warranty but failed to clearly indicate the consumers' automatic and free-of-cost entitlement to a minimum two-year guarantee under EU law," she wrote.

She dubbed Apple's practices as "unacceptable."

According to a European Commission document seen by ZDNet, only five EU member states — including Italy — have taken any action against Apple for its allegedly infringing advertisements. Denmark, Finland and Luxembourg are currently investigating the company, while only Bulgaria and Italy have imposed their own fines.

A number of outstanding concerns from many countries remain, however. Many have found that Apple's European websites "present elements of inadequate information" or are simply "not compliant" with EU or local state law, while others have warned that "Apple's distributors sometimes refuse to honour the legal guarantee after the commercial warranty has expired." 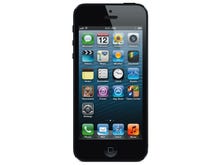 Apple should scrap the so-called 'one-year warranty' policy in Australia and inform customers of what they are entitled to.

"The approaches to enforcement turn out to be very diversified and inconsistent at a national level. In at least 21 [out of the 27] EU countries, Apple is not informing consumers correctly about the legal warranty rights they have."

"This is simply not good enough," she commented.

The iPhone and iPad maker subsequently extended its warranties for products sold in the EU, but received criticism for seemingly shifting the blame away from the company's supply chain to end-users.

ZDNet reported yesterday that Apple Australia has changed its warranty policy to fall closer in line with Australian law.

Australia's consumer laws changed in 2011 to give consumers a basic level of guarantee for products, including electronic goods, that allow those who have bought electronic products to have them repaired, even "after any manufacturer's voluntary or extended warranty has expired." However, as ZDNet's Spandas Lui explains , the catch is that this right only applies "for the amount of time that is reasonable to expect, given the cost and quality of the item."

While not an illegal act under Australian law, Apple does not adequately explain the rights its buyers have when they buy an Apple-branded product.