Apple is expected to roll out its 4th generation iPhone at its Worldwide Developer's Conference (WWDC) in a few weeks and possibly demo a new Mac OS, according to analysts projecting a gathering with few surprises. However, WWDC is likely to kick off a powerful iPhone upgrade cycle.

for surprise" in its WWDC agenda. Munster's volley is just the opener for what is likely to be two weeks of speculation about what Apple will reveal at its developer powwow when Apple CEO Steve Jobs delivers the keynote address June 7.

Consistent with recent media reports, we expect the new iPhone to feature a front-facing camera for video conferencing, along with a new, thinner design, an improved rear camera, and better battery life, with higher capacity (32GB/64GB) at the current $199/$299 price points. We expect the new version to be popular among current iPhone 3G owners (a 2 year-old device) with a significantly different design and feature set (unlike the 3GS).

Software is a key differentiator for Apple but the Mac OS has not seen the same level of innovation as iPhone software in recent years. With the next version of Mac OS X, we expect Apple to bring some of the same innovation to the Mac platform. Multi-touch technology, for example could be a key feature of Mac OS 10.7.

Barclays Capital Ben Reitzes put out a different wish list for WWDC. Reitzes had some overlap with Munster, but also had a few interesting nuggets. Among them:

In any case, Reitzes is expecting Jobs keynote to create what will be a strong iPhone upgrade cycle. Speaking of the new iPhone, Reizes said new features for the iPhone like multitasking, folders and iBooks "are significant upgrades that will likely get users excited for the next generation iPhone. In fact, some of the features will not be available to older 3G & 2G iPhones and the 2nd generation iPod Touch and earlier models, which could fuel even more demand for upgrades." 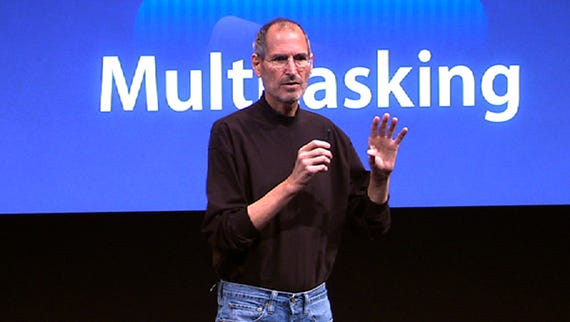 Join Discussion for: Apple's WWDC powwow: Few surprises, but a...