Archer puts together a few-qubit array

The Australian company has taken the next step towards creating a room temperature quantum computer.
Written by Chris Duckett on Nov. 12, 2019 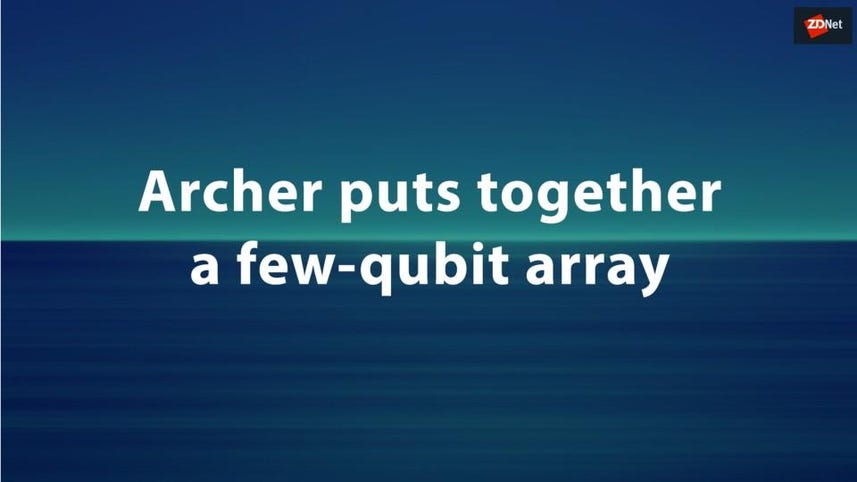 Archer Materials continues to inch towards its goal of creating a room temperature quantum computer, as it announced on Wednesday it had assembled a three qubit array.

The company said it has placed three isolated qubits on a silicon wafer with metallic control electrodes being used for measurement. Archer has previously told ZDNet it conducts measurements by doing magnetic fields sweeps at microwave frequencies.

"The arrangement of the qubits was repeatable and reproducible, thereby allowing Archer to quickly build and test working prototypes of quantum information processing devices incorporating a number of qubits; individual qubits; or a combination of both, which is necessary to meet Archer's aim of building a chip for a practical quantum computer," the company said.

Executive chair of Archer, Dr Mohammad Choucair said building the array in less than a year meant the company was matching its development roadmap towards a minimum viable product.

"Today's quantum computers have at best a few dozen qubits, so it is important we unambiguously showed the possibility of scaling our chip qubits early in development," he said.

"With a few-qubit array we can advance to the next stages of development, which involve quantum information measurement."

In August, the company said it had assembled its first room-temperature quantum bit.

Archer is building chip prototypes at the Research and Prototype Foundry out of the University of Sydney's AU$150 million Sydney Nanoscience Hub.

Archer kicked off its 12CQ project to build a carbon-based quantum computer in April.

At the end of October, the company renamed itself from Archer Exploration to Archer Materials.

Deals
Air purifier deal: Save up to $105 on Winix air purifiers