Look up. And then to the left and right. And somewhere in-between these words. You'll see ads scattered all over the place, asking you to "buy this" or "click me," or -- if you're really lucky -- you'll get one that takes over the entire page.

Or you won't. Millions instead opt to use an ad-blocker, a browser plugin that effectively scrubs every webpage from flashy, garish, and memory-consuming ads.

Ads are a fact of life -- not least online, where they keep websites free for you and me. They also keep writers and content creators in work, because advertising keeps the wages coming in. (Sites like ZDNet and sister-site CNET are both ad-driven communities.) 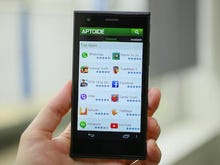 So when the ads disappear, the content remains. It's free, and you're contributing nothing for it. It's little surprise that Martin Bryant, editor-in-chief of The Next Web, wrote in an opinion piece Sunday that ad-blockers were "immoral", arguing that ad-blocking technology starves content publishers of earned revenue.

Alternatives, such as paywalls and subscription-based models, have been tried with limited success.

The ad discussion comes as cell networks in Europe are pushing to make ad-blocking mainstream in an attempt to punish Google for acting anti-competitively in the region, according to The Financial Times. By forcing Google to give up a portion of its advertising revenue -- which makes up more than three-quarters of its income -- content makers would also suffer.

The modern reality is that ad-blocking technology isn't going away. Whether you choose to block ads for aesthetic purposes is your prerogative.

There is, on the flip side, a very good reason to consider ad-blocking: privacy.

You don't often think of ads being trustworthy. They just want you to click on them for the sake of a sale, or an ad dollar or two. But in reality ad networks are (and have to be) one of the most trusted platforms on the Web. Because millions of people will see the same ad every day, they have to be safe and clean from malware. That's right -- ads can contain malware. So when they do, the internet shakes with fear. That makes ad networks prone to attacks -- though most of these attacks are (thankfully) unsuccessful.

Ads rarely attack, but they do track. They track you with little benign tracking cookies that stick to your computer, allowing an ad network to work out what you search for and display ads based on those search terms.

13 best privacy tools for staying secure From encrypted instant messengers to secure browsers and operating systems, these privacy-enhancing apps, extensions, and services can protect you both online and offline.

What's the big deal? If you are searching for jobs, you might get job or career advertisements pop up. Not so great if your boss comes over to your desk. Ever searched a symptom online? Those results get bounced around the medical playground. Millions of people expose their personal data, like health and employment information -- whether they realize it or not -- to ad companies and their affiliates.

Google does it. Facebook does it. Microsoft does it. And it's all for the sake of targeting you with the most specific, perfect ad so that you can't help but click on it. Every click, they get a shiny penny or two. That can drum up to thousands of dollars a second across an extensive ad network.

Perhaps the irony is that at least two modern search engines also have their own browser, Google and Microsoft. And while they come with "incognito" modes, where they allow the user to browse temporarily free of ad-tracking capabilities, it merely disrupts -- not stops -- the ad-tracking.

And it's not just the ad networks. The government knows what you're searching for, too. Even if you're using a privacy service like Tor, which anonymizes internet traffic and browsing history, ads can be used to unmask even the most privacy-minded of users.

Blocking ads for the sake of aesthetic? Yes, you could say it's immoral. You're opting out of even the chance to generate money for content creators. But to say that you block ads for the sake of privacy? That's a more valid concern to store in your back pocket.

Join Discussion for: In defense of ad-blockers, a vital tool for...