Full Bio
Posted in All About Microsoft on April 3, 2015 | Topic: Microsoft

Having written about Microsoft, on and off, for close to 30 of those years, I keep thinking I've seen it all. But then something else happens that surprises me, and makes me realize we still haven't hit the limits as to how far the Softies might go to reinvent themselves.

This week's jolt was Azure Chief Technology Officer Mark Russinovich casually throwing out there that open-sourcing Windows isn't outside the realm of possibility. (Yes, he really did say that during a panel at this week's ChefCon conference.)

Despite Russinovich's "It's definitely possible" response to a question about whether Microsoft might ever open-source Windows, I am still pretty doubtful Microsoft would go that far. My bet: Microsoft might open source more pieces of Windows, the way it's doing with .Net, but not the whole ball of tangled OS code.

That said, these days, I never say never about what Microsoft might end up doing. And lately, the company seems to be doing things that are convincing a number of former Softies who left the company in recent years to come back. Ian Ellison-Taylor (from Google), Jeff Sandquist (from Twitter), Dave Mendlen (from Infragistics), and more have recently rejoined the Microsoft ranks.

Over the past couple of years, Microsoft has made some key organizational and structural changes, starting with the "One Microsoft" reorg, that seem to have shaken up the company in a positive way. And Microsoft's very important decision to go back and focus on its core as a productivity software and services vendor, rather than trying to be Apple and/or Google, is something many Microsoft watchers have pooh-poohed or overlooked. 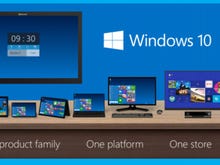 Windows 10: Microsoft's last big splash OS, but will a drip, drip of updates suit firms better? Businesses are weighing up the possibility that Windows 10 really might be Microsoft's final major Windows release and the implications of rapid OS updates taking the place of big bang upgrades.

Wall Street's biggest fixation with Microsoft these days seems to be how the company plans to make money as it bows to market pressures and releases more of its products and services, with many of them free. But that's not the only big question ahead.

Will Microsoft's universal apps/One Windows strategy manage to do anything to help Microsoft boost its market share, especially in mobile? Will Microsoft be able to beat it's "too early" curse with its HoloLens augmented reality technology, or will that technology go the way of Kinect -- an interesting experiment that has remained niche? Can Microsoft manage to be both cross-platform software/services vendor and still convince users that Windows is "loveable"?

If I hadn't vowed, for sanity's sake, never to write another tech/business book, I'd be working right now on "Microsoft 3.0." The next decade of Microsoft watching should be very interesting. And very different from the past 10, 20 or even 30 years...

Join Discussion for: As it turns 40, Microsoft still has some...