With tech budgets set to go up 23 percent, companies are focusing more on customer processes and driving cost efficiency, and involving more C-level execs in IT decisions, reveals ZDNet Asia IT Priorities Survey 2013.
Written by Ryan Huang, Contributor on March 26, 2013 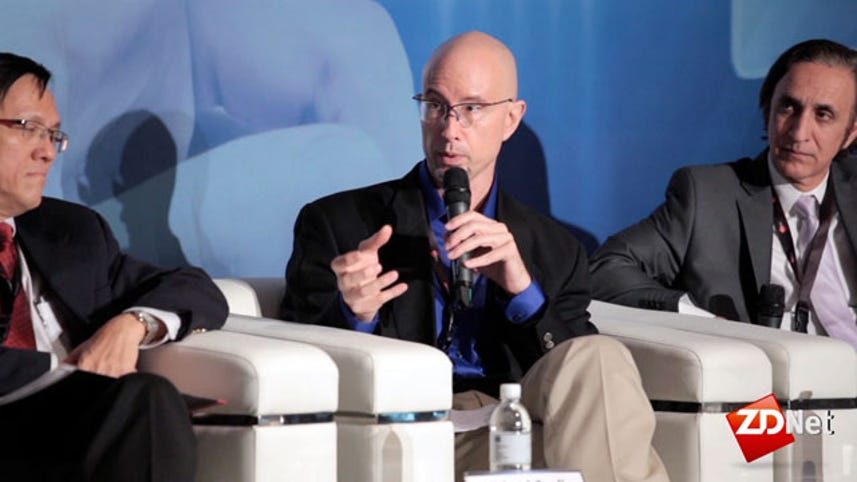 The customer is king--that's one of the main messages behind ZDNet's Asia IT Priorities survey for 2013.

Ranking as the highest priority was optimizing customer processes, such as investing in customer relationship management (CRM)--picked by 28 percent of companies in the study.

Another key finding in the study was the CEO being seen as a critical figure for successful IT. According to the survey, 1 in 3 companies with a CEO proactively involved in IT felt they significantly outperformed their rivals. That's compared with 19 percent for those whose CEO did not.

The chief executive was also the most actively involved executive in IT-led innovation, behind the CIO. The COO was third, followed by customer service leader, and then the CMO.

The findings also tell us is that the CIO's role is evolving, as other C-level executives become more engaged in driving IT decisions.

According to Yap Chee Yuen, CIO of Resorts World Sentosa, when it comes to the technology budget, the CIO is still the primary person responsible.

"Typically the CIO will have to work with the team of the CXO to establish the project and budget list.  To establish the budget list, it's not a situation where each of the CXOs work on their own tech budget. In the end it's the CIO who integrates all the technology together in response to the CXO's business imperatives," Yap said.
Bertrand Bidaud, managing vice president at Gartner Singapore noted the CIO played the role of a "hunter", who should introduce to the company technologies, including how and when to leverage them.

He pointed out business analytics, cloud mobile communications and other emerging technologies have introduce "discontinuities".

"Certainly the role of the CIO in hunting for innovation today has become more important than a few years ago, due to these discontinuities," Bidaud said.

According to the survey, external spending is expected to expand by an average of 23 percent. More companies are also raising their budgets, with 75 percent planning to do so, compared with 60 percent in 2012.

Ashar Aziz, founder and CTO of FireEye, noted it was important to look at the cost equation holistically. He pointed out companies could become more efficient if the underlying technology was accurate, such as investing in the right combination of technology and people.

By doing so, situations where time is wasted in dealing with thousands of false alerts every day could be avoided, Aziz added.

Agreeing, Michael Conlin, chief technologist of HP's enterprise services in Asia, said it was important for IT to align itself with business objectives to jointly innovate to bring new products to market and reach new markets and new segments.

"It's a joint effort between IT and the business, and that means we no longer separate the business plan and IT planning. No business first, then IT, or the other way around," Conlin explained.

ICT security was ranked a relatively low priority with only 7 percent of busineses picking it.
Aziz, who is also chief strategy officer at his security firm, said he was "somewhat concerned". However, he was optimistic security awareness was bulding up, especially with rising incidents of cyberwarfare and data breaches such as last week's cyberattack in South Korea against banks and broadcasters.

"This attack in South Korea is a reminder we are vulnerable in cyberspace," said Aziz.
Bidaud noted one of the key challenges facing companies is the bring-your-own-device (BYOD) trend, which has brought on a complicated security situation for the IT department. "It has to be managed. It's not about managing technology, but about managing rules," he said.
According to Yap, one of the important components of BYOD security is mobile device management, which will allow the IT department. This will include a management approval process in order to identify if there is really a business need for mobile devices to be used "before anything can happen".