HP, Dell and IBM are all struggling to ship servers due to competition from low-cost and specialist vendors, figures from Gartner shows.

The latest report by the analyst company on the worldwide server market was released on Wednesday. It paints a grim picture of the global datacentre market, with the market's overall revenues during the third quarter decreasing 2.8 percent year-on-year and overall shipments growing a measly 3.6 percent.

If you look over the past three years of data from Gartner, these "market segment differences", appear to come from growing competition from smaller or specialist vendors, with much of the focus on low-cost servers for huge clouds.

Gartner only lists the top five server vendors by revenue and shipment each quarter and groups the rest into an "other vendor" section. When you look at which companies manage to climb into the fifth position a picture emerges of who these "other vendors" are. Having looked at three years of data we know they include Lenovo, Oracle, Cisco and NEC.

In addition, low-cost Asian device manufacturers like Huawei, Quanta and Wistron are all gaining in importance as well, according to Adrian O'Connell, a research director at Gartner. 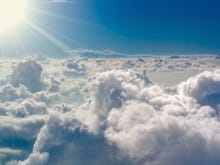 "What we're seeing with this growth in what we categorise as 'other vendors' is some of the Asia-Pacific guys - Lenovo, Huawei - but a big part of it is what we'd refer to as the 'hyperscale class' of datacentres," O'Connell said.

In other words, as the Other Vendors (pictured above, green) category grows, the more servers are being shipped from low-cost companies to the Facebooks, Googles and Amazons of the world. (Facebook, for example, recently outfitted one of its new datacentres entirely with equipment made by a low-cost Asian manufacturer.) Meanwhile, the typical OEMs have not managed to increase shipments.

This adds to a pile of ever more substantial evidence that indicates OEMs will lose out from the rise of the cloud.

Though the server old guard are still making most of the cash - IBM took in almost $3.5bn in the third quarter, compared to $2.6bn for the entirety of the "other vendors" group - they are not shipping nearly as many servers.

This plays into a trend that has been happening for the last few years - the fringe "other vendors" are steadily shipping more and more kit each year, while the typical enterprise giants of Dell, HP and IBM struggle to meaningfully grow the number of boxes they ship. Along with this, many of these "other vendors" are cheaper than the major OEMs, thereby putting downward price pressure on the entire market.

Gartner's figures also demonstrate how new technologies are changing the server market. Many of the innovations developed by cloud providers and software companies, these days, are based around using software to run jobs across many individual servers, allowing organisations to buy several cheap servers from low-cost vendors instead of one expensive (and powerful) bit of kit from a typical OEM. Though this is most common in large clouds, like Facebook, it also happens at smaller companies.

As far as the data indicates, it's a trend that's only going to accelerate. Evidence, if it were needed, that OEMs really are looking set to be  the losers in the cloud revolution .