Commissioner of Taxation Chris Jordan is confident in the ATO mopping up the tax it is owed from multinationals, while its infrastructure is having the blips, again.
Written by Chris Duckett on July 4, 2017 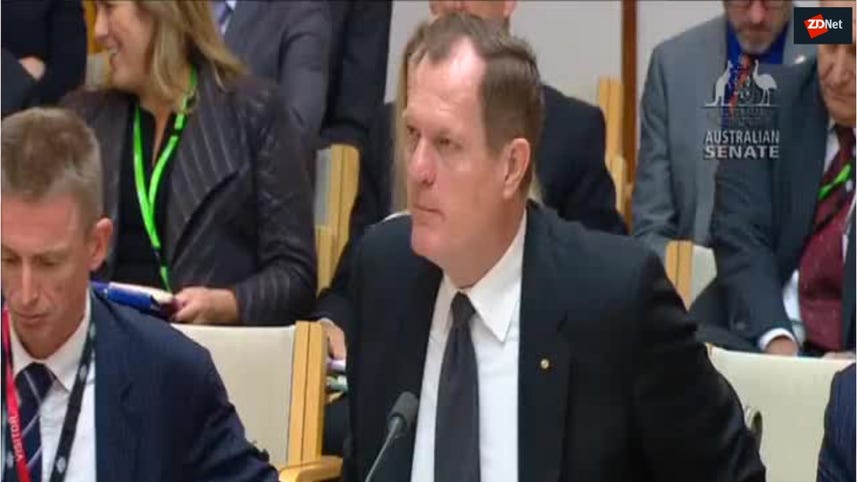 Australian Commissioner of Taxation Chris Jordan has said the Australian Taxation Office (ATO) expects its IT will operate smoothly in the future, having done everything it can to ensure this.

"We are ready to respond quickly if there are any hiccups or unexpected outages," Jordan told the National Press Club on Wednesday.

At the time of writing, the ATO was experiencing "intermittent system issues", and as a result had pulled its portals, myTax, and other sites offline.

"I wish I could give an iron-clad guarantee that all systems will work 100 percent of the time," Jordan said. "But that is not reality when you are talking about very large and complex systems."

"We are well aware that if we are to offer and encourage the use of digital services, then we have to have our systems available when people need them."

The highest-profile outage the ATO has experienced during its IT annus horribilis has been the failure of its HPE SAN at the end of 2016.

A report on series of outages the Taxation Office experienced as a result said the SAN could not handle more than one drive or cage failure thanks to a design decision taken by HPE, which owned and operated it.

As noted by the report, an analysis of logs from the six months before the incident showed a number of alerts indicating problems with the SAN.

"Since May 2016, at least 77 events related to components that were observed to fail in the December 2016 incident were logged in our incident resolution tool," the ATO said.

"We were not made fully aware of the significance of the continuing trend of alerts, nor the broader systems impacts that would result from the failure of the 3PAR SAN."

The exact root cause for the outage is pending a report from HPE due to arrive in late 2017, however the report placed blame on the degradation of a number of fibre optic cables used within the SAN.

Most damning though, was HPE's lack of preparation for an event of the kind experienced by the ATO in December.

"Recovery procedures for applications in the event of a complete SAN outage had not been defined or tested by HPE," the ATO said.

As a result of the incidents, the ATO has rebuilt its storage solution with a new 3PAR, and once data from the existing 3PAR SAN is transferred, it will be decommissioned in July for forensic analysis.

The Commissioner said on Wednesday based on 2014-15 data, the ATO had a tax gap -- the difference between what the ATO collects and an estimate on what it would collect if every taxpayer was fully compliant -- of around AU$2.5 billion, which represents approximately 6 percent of receipts.

"The gap tells us that we are getting around 94 percent of the corporate tax we should from this market -- approximately 91 percent coming in voluntarily and 3 percent through compliance interventions," he said. "From all indications, 94 percent is around global best practice, and many countries aspire to this level of compliance."

"The reality is that no tax system has, or ever will have, zero gaps."

In April, Australian Treasurer Scott Morrison said the ATO had raised AU$2.9 billion in tax liabilities against a group of seven multinational companies. On Wednesday, Jordan said the liabilities related to transfer pricing, pricing of related party debt, and the use of marketing hubs.

With the new financial year in Australia from July 1, multinational companies operating the country will for the first time face a Diverted Profits Tax, which will slug multinationals with global revenue of more than AU$1 billion and Australian revenue of greater than AU$25 million with a 40 percent tax on all profits if found to have shifted profits offshore.

Most companies are coming to an agreement with the ATO on what is taxable, according to Jordan, but one or two won't and the ATO is happy to see them in court.

"They're pretty intransigent, and they often say that we in Australia have got further than any other country, and they don't want to necessarily agree with us because that might get around the world, what they've done."

Earlier this week, the European Parliament passed a directive requiring big multinationals to report tax and financial data separately in all countries where they operate in a bid to tackle tax avoidance and profit shifting to countries with lower tax rates.

The requirements, however, still need approval from the EU member states in the coming months, and would then have to be enacted into national law in each country within a year.