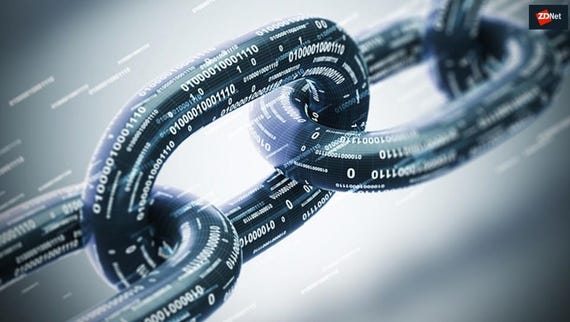 After joining forces in July 2019 to progress work on a blockchain-based bank guarantee platform, ANZ bank, the Commonwealth Bank of Australia (CBA), and Westpac announced, alongside IBM and shopping centre company Scentre Group, the formation of Lygon.

Claimed as the first time blockchain has been used for a commercial banking product in Australia, the "national financial services infrastructure" went live over the weekend, which saw the successful digitisation of a bank guarantee.

The Lygon platform runs on the IBM public cloud. It leverages the IBM Blockchain Platform, which is built on top of Hyperledger Fabric, an open-source blockchain project from the Linux Foundation.

It was designed as a new piece of infrastructure by the group aimed at being "at the crossroads between finance and technology".

Speaking at the launch on Tuesday, ANZ banking services lead and Lygon chairman Nigel Dobson said the idea came from commercial property owners being frustrated by an archaic process that banks had forced upon them.

"Gave them friction, gave them paper, and gave them worry," he said.

"The parties that are now involved … have had a truly enduring collaboration around solving an industry problem that is unseen and not much light is shed on it … but it definitely was a pain point and a friction point for many recipients.

"We also thought that the emerging blockchain technology that many of us were analysing and evaluating at the time was in fact the perfect technology and this was the perfect problem for that technology."

CEO Justin Amos said his company's mission is to be the primary market operator for digitised financial assets while reducing environmental impact.

"The problem is with paper, that's what we're fixing," he said at the launch.

"The core of today's experience with bank guarantees stems from the physical nature of the guarantees themselves.

"The effects of this are felt by all participants in commerce; paper is slow, this is why we use emails; paper is expensive; and it's estimated there are over 1 million journeys alone in Australia transporting paper guarantees."

He said the bank guarantee process uses 4 million pieces of paper a year.

He added that paper often gets lost and can be easily spoilt, subject to fraud, and problematic to amend. He also said over 80,000 courier deliveries support bank guarantees in any one year.

"We shouldn't underestimate the environmental impact of using paper," he continued.

According to Amos, the digitisation of the bank guarantee is just the start for Lygon.

"Our core technology can be applied to other types of payment guarantees and financial instruments, such as performance bonds, offering a wide range of opportunities to pursue as we expand Lygon's reach and service offering," he said.

"The fact that we have a single, agreed legal architecture that has been codified on our platform, is a major breakthrough.

"Technology is one thing, the legal framework and architecture is something completely separate to that and has required more effort than the technology has over the past few years to get there."

MORE BLOCKCHAIN DOWN UNDER