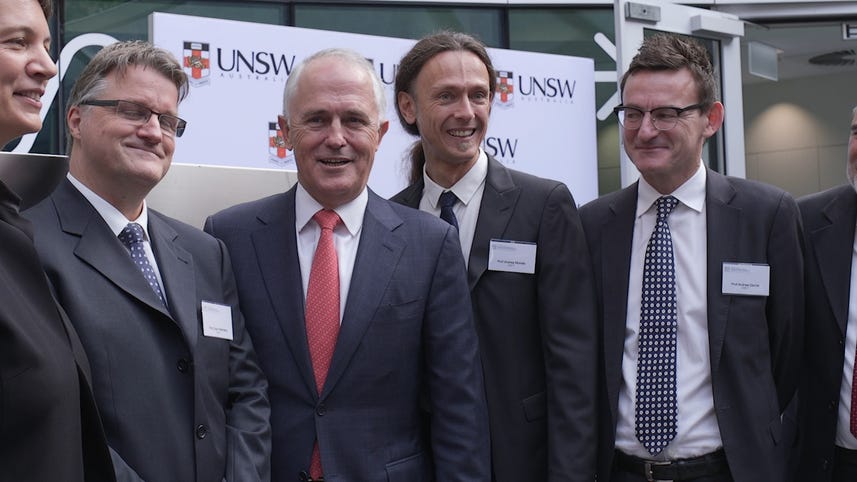 Australia and France have announced a partnership that will see both countries work together on quantum computing.

Signing a Memorandum of Understanding (MoU) on Wednesday, Australian Prime Minister Malcolm Turnbull and President of France Emmanuel Macron said the partnership is the "tangible next step" in the development of a silicon quantum computer.

The organisations are striving towards the manufacture and industrialisation of quantum computing hardware.

SQC was launched in August to take advantage of and commercialise the work done by the University of New South Wales (UNSW) in the quantum space.

"We have phenomenal leadership in silicon quantum computing across a range of platforms, and SQC is now moving rapidly to commercialise all these technologies."

Must read: A quantum feat: Professor Michelle Simmons named Australian of the Year

SQC has set itself the target of producing a 10-qubit integrated circuit prototype in silicon by 2022, as the forerunner to a silicon-based quantum computer.

Similarly, the CEA has unique knowledge in quantum properties of silicon nanodevices, and the teams based in Grenoble recently announced breakthroughs towards large-scale fabrication of qubits, the elementary bricks of future quantum processors.

In a statement from Turnbull on Wednesday, it was said that the CEA has demonstrated on a 300mm industrial-scale R&D facility that silicon CMOS technology can be leveraged to create qubits, and they fabricated isotopically 28Si substrates to further benefit from intrinsic coherence properties of silicon.

There's a race internationally to build the first quantum computer, and Simmons believes Australia can get there first.

Simmons and her teams have been reaching for the finish line since 2000, developing their first qubit in 2012.

A team of researchers she led unlocked the key to enabling quantum computer coding in silicon in late 2015, announcing that UNSW had the capability to write and manipulate a quantum version of computer code using two qubits in a silicon microchip.

The breakthrough followed an announcement made a month prior, when another team of engineers from the university built a quantum logic gate in silicon, which made calculations between two qubits of information possible.

Most recently in March, CQC2T scientists announced making two atom qubits "talk" to each other in silicon, providing the ability to see their exact position in the solid state.

Tablets
Samsung phone deal: Get the Galaxy S22 Ultra for $299