IBM invites customers to build applications on its new 20-qubit system, as 50 qubits loom on the horizon.
Written by Liam Tung, Contributor on Dec. 13, 2017 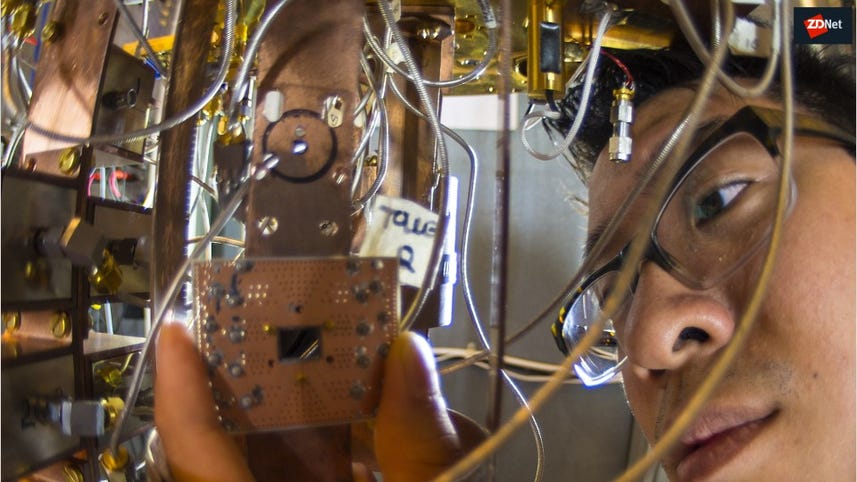 IBM is ready to open the doors to the first customers for its commercial quantum-computing services.

While IBM is playing catchup with artificial-intelligence breakthroughs made by Google, Microsoft, and Amazon, it has taken a lead in the race to build a practical quantum computer thanks to its recently demonstrated prototype 50-qubit processor.

The companies joining the IBM Q Network gain access to the 20-qubit system, which is capable of producing qubits with a record 90 microsecond 'coherence', the time a single qubit -- representing both 1 and 0 simultaneously -- survives in this state before dissolving into a conventional bit's single state of either 1 or 0. That means 50 qubits can represent more than one thousand trillion values.

IBM wants to make quantum computing practical for business by offering members of the network access to the 20-qubit system from the cloud. Previously it's offered online access to its five- and 16-qubit systems.

IBM also hopes the collaboration will lead to more quantum software and developer tools, the other key to making the technology useful.

JP Morgan Chase will be looking to exploit quantum computing for the financial services, while Samsung will explore it for semiconductor and electronics. Daimler's research will explore new automotive materials and optimization problems such as manufacturing processes and vehicle routing for fleet logistics or self-driving cars.

These organizations will also have access to the 50-qubit system once it's up and running. IBM isn't being specific about when its next-generation IBM Q system will be available. It will be looking to improve hardware and coherence times in the next generation.

"The prototype 50 qubit processor will be available in the near future, and the IBM Q Network will have access to it in the next-gen system," an IBM spokesman told ZDNet.

As IBM researcher Edwin Pednault recently explained, 49-qubit circuits were previously thought impossible to simulate as they needed eight petabytes of memory, which is beyond today's supercomputers.

Using clever mathematics, he and other researchers devised a method that enabled simulation of this circuit with about 4.5TB of memory.

Microsoft is rolling out a preview of its promised Q# language, compiler, and simulator to help developers get an early look at how quantum computing works.

Intel, along with IBM, Google, Microsoft, and a host of others, are working to develop quantum computing breakthroughs and ultimately lead to a commercial system.