Passengers heading overseas can now receive their boarding pass on a phone as the next move towards automated travel at Australian airports.
Written by Asha Barbaschow on Aug. 5, 2018 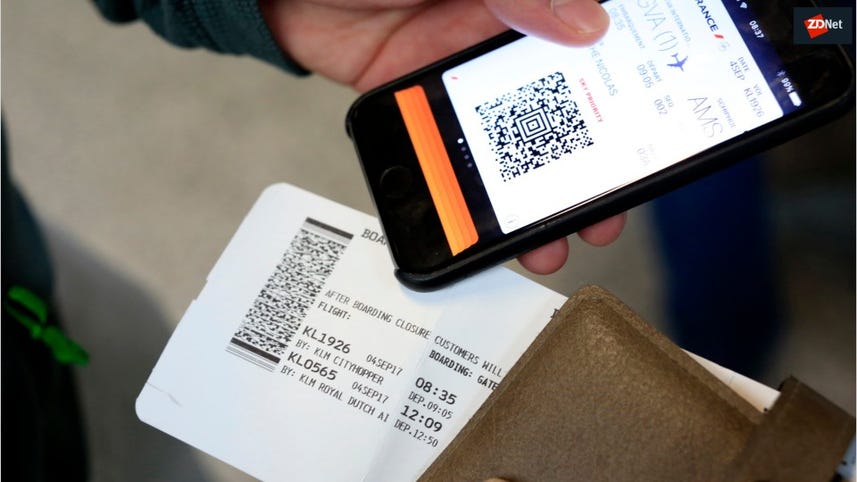 The federal government has announced the next phase of its airport automation plan, with international travellers departing Australia now able to check-in via smartphone.

The initiative, available from Monday, will see airlines issue electronic boarding passes for international flights. Travellers using the digital option won't need to visit the check-in desk to show their passport, and they will be able to show their boarding pass on a mobile device instead of using a paper boarding pass, still following the normal border clearance path at the airport.

"Last financial year more than 21.4 million travellers were cleared through the border departing Australian international airports. This number will continue to rise," Minister for Citizenship and Multicultural Affairs Alan Tudge said in a statement.

"These increasing volumes mean we are always looking for ways to clear legitimate travellers efficiently and seek out those of interest to law enforcement."

Tudge said the mobile boarding passes will complement capabilities such as SmartGates -- which process more than 73 percent of travellers departing Australia -- at the airport.

According to Tudge, the Department of Home Affairs has run several successful trials allowing travellers to use mobile boarding passes for international flights.

The department is also planning the rollout of facial recognition at airports.

Australian Minister for Home Affairs Peter Dutton said in February the use of biometrics at airports was close to becoming reality, following trials of the tech at Canberra Airport that allowed passengers to walk through the terminal from their flight without producing their passport.

The super department led by Dutton will also be responsible for the operation of a central hub of a facial recognition system that will link up identity matching systems between government agencies in Australia.

Qantas similarly announced last month that some passengers travelling internationally will be trialling biometric technology at Sydney Airport, with the first stage using facial recognition for them to complete automated flight check-in and bag drop, gain access to the lounge, and board the plane itself.

Last July, the government signed a AU$22.5 million contract with Portugal-based Vision-Box to roll out the initial 105 SmartGates that will enable passengers to be processed using facial recognition.

Sydney Airport is trialling the first phase of biometric technology rollout alongside Qantas, allowing international travellers to check-in, drop off luggage, access the lounge, and board the plane.

Would you like fries with your visa? CPSU says privatised visa system will upsell