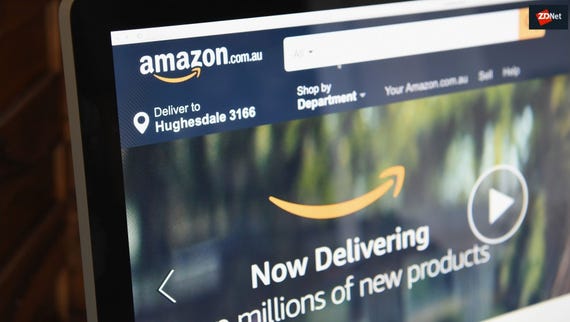 Amazon Prime has launched in Australia, 13 years after the United States got its hands on the service.

The company last month announced it would no longer be shipping to Australia out of its global store, when changes to the country's goods and services tax (GST) come into effect on July 1, 2018.

From the start of July, Amazon will be redirecting Australian customers from its international sites to amazon.com.au.

"While we regret any inconvenience this may cause, from 1 July we will be redirecting Australian customers from our international Amazon sites to amazon.com.au where you can shop for products sold by Amazon US on the new Amazon Global Store, available today," the company wrote in an email sent to customers.

"We have taken this step to provide our customers with continued access to international selection and allow us to remain compliant with the law which requires us to collect and remit GST on products sold on Amazon sites that are shipped from overseas."

From July 1, 2018, overseas retailers selling goods to Australia will be liable to pay GST on items under AU$1,000.

Must read: Canberra unrepentant on Amazon: If you sell into Australia, you have to pay tax

Amazon Prime Video and Twitch Prime became available to Australians alongside the online marketplace. Amazon Web Services (AWS) launched an Australian region in 2012, and the Australian Kindle Store opened in 2013.

Australians also finally got their hands on Alexa-powered Echo, Echo Dot, and Echo Plus devices in February.

With its Australian operations in full swing, Amazon announced a new fulfilment centre earlier this month, slated for launch in the second half of 2018.

The new 43,000 square metre facility is located in the Goodman Centenary Distribution Centre in Moorebank, New South Wales. It's the second Australian facility Amazon has, with the first located in Dandenong South, Victoria.

The online retail king will be recruiting 'immediately' for staff to fill roles including operations, support, and technical specialists at the new Moorebank facility.

From July 1, 2018, overseas retailers selling goods to Australia will be liable to pay GST on items under AU$1,000, so Amazon has decided to pull out of selling to customers down under from its global marketplace.

After testing Amazon Go stores in Seattle, the tech giant makes plans to expand nationwide, as some fear for the loss of jobs due to automation.