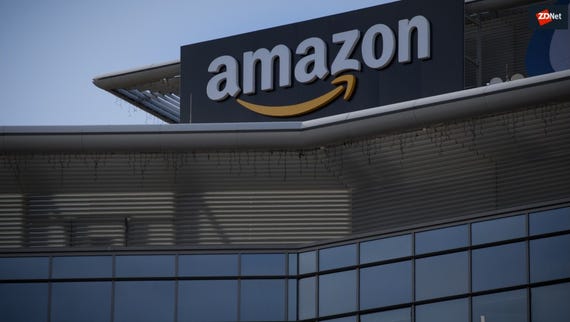 Amazon has announced that it will no longer be shipping to Australia out of its global store, when changes to the country's goods and services tax (GST) come into effect on July 1, 2018.

In an email sent to Australian customers of the global marketplace, the company said that from the start of July it will be redirecting customers from its international Amazon sites to amazon.com.au.

"While we regret any inconvenience this may cause, from 1 July we will be redirecting Australian customers from our international Amazon sites to amazon.com.au where you can shop for products sold by Amazon US on the new Amazon Global Store, available today," the company wrote.

"We have taken this step to provide our customers with continued access to international selection and allow us to remain compliant with the law which requires us to collect and remit GST on products sold on Amazon sites that are shipped from overseas."

From July 1, 2018, overseas retailers selling goods to Australia will be liable to pay GST on items under AU$1,000.

Under the legislation passed in June 2017, the low-value imports will be treated the same as those over AU$1,000, requiring sellers not based in Australia to register for GST collection.

Foreign suppliers, as well as re-deliverers and electronic distribution platform providers such as Amazon and eBay, will be liable for GST on low-value imported goods sold to an Australian consumer, and only those foreign suppliers that generate more than AU$75,000 in sales annually in Australia will be required to register with the Australian Taxation Office (ATO) for the collection of GST on all goods sold online.

In addition, foreign suppliers will be expected to include a GST component in the price of their goods, as domestic businesses do, and periodically remit this to the ATO.

Facing Senate Estimates in March, ATO deputy commissioner Tim Dyce said there has been registrations by 320 overseas companies so far.

Of the organisations that had to register, Dyce said the ATO estimated there would be about 300, based on similar estimations by other countries.

Amazon Prime Video and Twitch Prime became available to Australians alongside the online marketplace. Amazon Web Services (AWS) launched an Australian region in 2012, and the Australian Kindle Store opened in 2013.

Australians also finally got their hands on Alexa-powered Echo, Echo Dot, and Echo Plus devices in February.

With its Australian operations in full swing, Amazon announced a new fulfilment centre earlier this month, slated for launch in the second half of 2018.

The new 43,000 square metre facility is located in the Goodman Centenary Distribution Centre in Moorebank, New South Wales. It's the second Australian facility Amazon has, with the first located in Dandenong South, Victoria.

The online retail king will be recruiting 'immediately' for staff to fill roles including operations, support, and technical specialists at the new Moorebank facility.

After evaluating a range of GST collection models, the Productivity Commission has concluded that the legislated model used for high-value goods should also be used for low-value goods.

Join Discussion for: ​Amazon to block Aussies from global marketplace