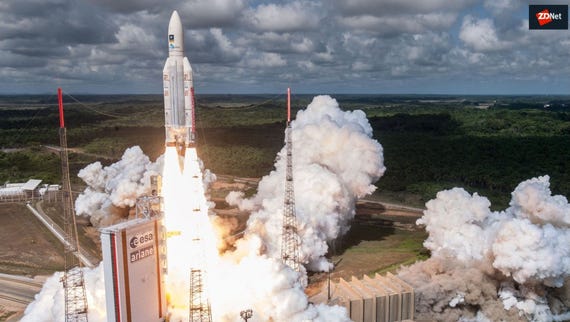 Australia's newly stood up space agency has signed a partnership with its French counterpart, with both parties hoping to advance the development of their respective space programs.

Under the Memorandum of Understanding (MoU), the Australian Space Agency and the Centre National d'Etudes Spatiales (CNES) have said they will join forces to develop their space capabilities, particularly in the areas of operations, science, Earth observation, positioning systems, and communications.

"This strategic association between the Australian and French governments' space agencies will help our nations' universities, research institutions, businesses, and communities work together across a range of fields," Minister for Industry, Science and Technology Karen Andrews said.

"It builds on an existing track record of cooperation between CNES and Australia, and allows both countries to embark on an ambitious partnership."

According to Andrews, the facility will fast-track Australia's ability to deliver "world-class" space technology and support future joint missions.

After officially launching the initiative with an initial AU$15 million in funding to "kick-start" its investment in May, the government announced the agency would be led by former head of the CSIRO Dr Megan Clark for its establishment and first year of operation.

Clark said the signing of the agreement represented the start of the Australian Space Agency's journey with fellow spacefaring nations.

"Civil space engagement initiatives like this with the French Space Agency will explore advanced space technology and applications used in earth observation and remote sensing with high-altitude balloons and satellites, space operations, and joint missions," she said at the weekend.

Although the Australian Space Agency begun operation on July 1, 2018, it is yet to have a place to call home.

The boasting rights to the agency will be determined during a six-month bidding war between states and territories, with a decision expected by the end of the year.

The federal government expects the agency will support the long-term development and application of space technologies, grow Australia's domestic space industry, and secure the country's place in the global space economy.

"Its primary goal is going to be to grow the Australian space industry and to do that we need to partner internationally, coordinate nationally, and to ask ourselves why we are doing that? And it's really to improve the lives of all Australians and I think to inspire Australians with what Australia really can do in the space industry," Clark said previously.

Australia's space agency has been officially launched, with Dr Megan Clark appointed as the head of the AU$41 million outfit that is currently without a home.

Join Discussion for: Australia partners with France for space...